The MUSIAD chief called for "an immediate reform of the judicial system," and a new constitution. 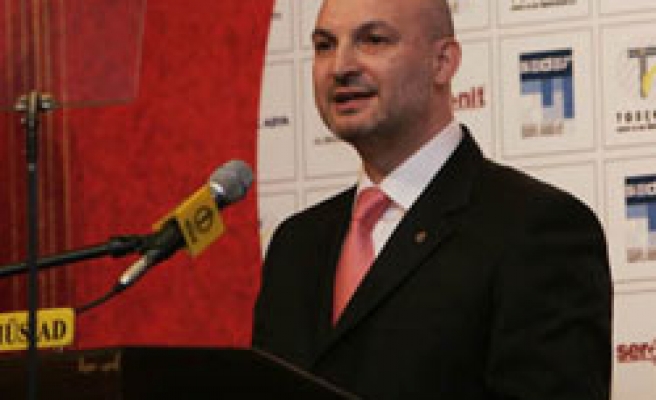 Head of a Turkish businessmen's association called for "a full and uninterrupted democracy" to reach a prosperous economy.

"We need a full and uninterrupted democracy to attain a sustainable high-rate growth and an increase in employment," said Omer Cihad Vardan, chairman of the Independent Industrialists' & Businessmen's Association (MUSIAD).

Speaking at an Istanbul meeting to release MUSIAD's economic outlook report for 2008, Vardan said Turkey was passing through hard times due to internal and foreign economic fluctuations, and domestic political disputes.

"Unfortunately, we are about to miss an opportunity to become a secure shelter for foreign business circles due to the domestic political turbulence," Vardan told reporters.

The MUSIAD chief also called for "an immediate reform of the judicial system," and a new constitution.

"Recent judicial rulings have been widely disputed and created tensions in the society, which hampered stability and blocked economic development. What we have seen over the last two years clearly showed that we need reform of the judicial system," Vardan said.

Responding to a question on a lawsuit against the ruling Justice and Development (AK) Party, Vardan said interest rates had soured almost 6 points since last March when the case was filed, putting an additional burden of 23 billion USD on the Turkish treasury.

"We need to see this very clearly. This is a complicated issue," he said.