The goal of the "Roads to You" program, which culminates in a concert Saturday night that will include local student musicians, is to foster understanding among Americans, Arabs and Muslims. 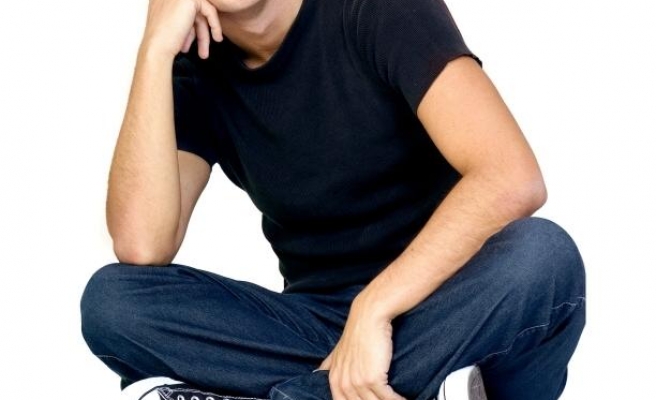 Pianist and composer Zade Dirani was visiting his native Jordan when he saw news of the Sept. 11, 2001, terrorist attacks.

"We were really horrified," said Dirani, a Muslim now residing in Los Angeles. "I knew I had to take it upon myself to reach out, to go back and share my culture and my part of the world through my music."

Dirani is doing just that this week in Louisville, leading workshops and presentations at schools, houses of worship, libraries and other sites along with a cast of musicians from throughout the world.

The goal of the "Roads to You" program, which culminates in a concert Saturday night that will include local student musicians, is to foster understanding among Americans, Arabs and Muslims.

"You have a minority that hijacked the name of our religion, that killed innocent people in the name of God," he said. "It's atrocious … and we should not let the minority win."

At the same time, Dirani said he wanted to respond to Americans who reacted negatively to Arabs and Muslims after the attacks.

"I'm not only able to share my cultural heritage, but to bring back to Jordan stories of kindness and generosity" on the part of Americans, he said.

The event is being sponsored by the Center for Interfaith Relations, the Muhammad Ali Center and Louisville metro government's Office for International Affairs.

Omar Ayyash, director of the international office and also a native of Jordan, said Dirani "plays incredible music" and "truly can help people overcome some of the stereotypes that exist in our world."

Greg Fischer of the Louisville chapter of the Young Presidents' Organization, a worldwide group of young global business leaders that exchanges ideas and explores diverse issues, said he met Dirani at a conference of religious leaders advocating peace.

He said he began talking to Dirani about a visit, and that led to Dirani's first performance in Louisville, at the Festival of Faiths in 2005. "There seemed to be a real excitement about bringing him and Roads to You back in 2007," Fischer said.

This week, Dirani is back with about 25 musicians from various parts of the world who will perform around town in five separate ensembles -- one performing with Dirani, and the others performing jazz, Latin, strings and Middle Eastern music.

Chip Karnes, a senior at Male High School who plays the viola with the Louisville Youth Orchestra, said during a rehearsal yesterday at Male that he is "really excited" about the opportunity to perform with Dirani.

"I had a chance to play unique music that I hadn't played before, and also (to be) collaborating with musicians from around the world, and that experience will help me grow as a musician and as a person," he said.

Added Elena Dias, a junior from Ballard High School who also plays the viola, "It's always a great opportunity to play with professionals."

For a complete schedule of this week's performances, check www.roadstoyoulouisville.com and click on "Public Events."

The grand finale, involving local and international musicians, is being held Saturday at 8 p.m. at Male in the Sallie Phillips Durrett Auditorium, 4409 Preston Highway.