The Muslim American Society Service Corps is helping poor Americans with other faiths, nationally and locally. 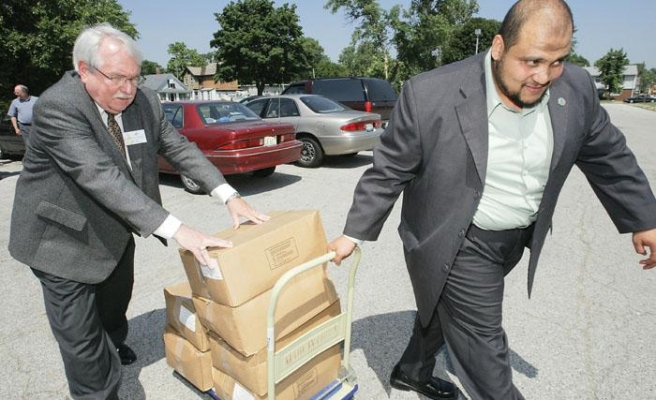 The Muslim American Society Service Corps is helping poor Americans with other faiths, nationally and locally.

National Humanitarian Day is a fulfillment of the Qur’anic command to “feed the distressed ones in want.” The relief drive benefits disadvantaged people in their own communities, regardless of religious or ethnic backgrounds. The society is partnering with local organizations, like Churches United.

Here, 500 pounds of meat was delivered Wednesday, which will be part of a monthly donation being distributed through Churches United of the Quad-City Area.

The boxes of meat are being distributed at four local food pantries administered through Churches United. The donation is part of the National Humanitarian Day relief drive to give sustenance to people in need across the United States.

The meat was slaughtered at a Muslim slaughterhouse, Elkhaldy said. “We hope this is only the beginning and we hope we’ll be able to contribute about 500 pounds of meat monthly through the Churches United,” he said.

Hunger is not the only issue that the society is seeking to alleviate. The Iowa branch is working with the Iowa Health System on an initiative called Mission Health. The program is aimed at the working poor who are uninsured. The goal is to make sure they have access to health care, said Michael Wakefield of Lutheran Services of Iowa and Barnabas Uplift.