One of Britain's most influential Muslim charities and one of the Christian world's most prominent relief agencies are announcing a landmark partnership to help relieve poverty currently afflicting millions of people across the globe. 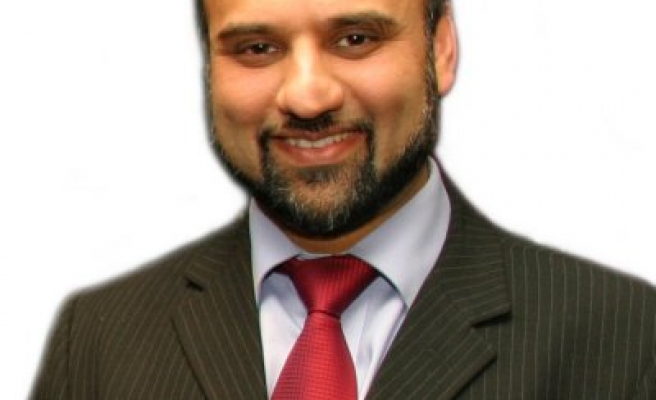 One of Britain’s most influential Muslim charities and one of the Christian world’s most prominent relief agencies are announcing a landmark partnership to help relieve poverty currently afflicting millions of people across the globe.

On June 26, Chief Secretary to the Treasury, Stephen Timms MP will host senior representatives from UK-based Muslim Aid and U.S.-based United Methodist Committee on Relief (UMCOR). Both parties will sign a partnership agreement that could result in approximately £7.5m in direct relief to disaster, war and conflict-ridden areas of the world, including Sri Lanka and Indonesia. This is in addition to £5m already applied in Sri Lanka, all totalling £12.5m.

This inter-religious partnership will mean maximum response to global disasters, enhanced economic and social development, and, AS Muslim Aid and UMCOR hope, a new peace-building model based on cross cultural understanding.

Hilary Benn, UK Secretary of State for International Development has endorsed the partnership and believes it is an exciting and ground-breaking endeavour, whereby organisations will work across faiths to achieve shared goals.

The two organisations first worked together in Sri Lanka during 2004’s tsunami disaster, providing emergency relief to victims and, later, to people fleeing from heavy fighting between the Tamil Tigers and the Sri Lankan military.

“Our partnership with UMCOR reaches out beyond our own religious communities to benefit people in need, no matter what their religious faith,” says Farooq Murad, chairman of Muslim Aid. “Muslim Aid and UMCOR have already proven that we can work together and will continue to work to establish healthy, open communities where trust can flourish.”

Despite the ongoing conflict, UMCOR repaired houses and covered reconstruction costs for refugees returning to their wrecked homes. Muslim Aid cleaned wells and provided livelihood projects for the residents. Both organizations have provided life-saving aid to about 57,000 people displaced by the fighting.

“We want to create a model for other religious and non-religious organisations to follow, to demonstrate that people of very different, and sometimes conflicting, backgrounds, faiths, and cultures can work together to help humanity,” says the Rev. R. Randy Day, General Secretary of Global Ministries, the parent organisation of UMCOR. “The world desperately needs that kind of hope and this is a chance to create a new peace building paradigm.”

“We worked side-by-side in Sri Lanka, identifying local partners for materials distribution and solving problems that cropped up in the predominantly Muslim town of Mutur. Our shared success has led us to this new ground-breaking partnership,” says Day.

Both groups acknowledge that religious barriers do exist though, which in the past may have hindered relief efforts in communities that practised a different faith from either organisation. Now, with Muslims and Christians working in unison, significant progress is being made to ensure this is overcome.

This innovative partnership will lead to better access into communities where aid is needed most, like Indonesia, the world’s largest Muslim country. There are unique links that exist between faith-based NGOs and their grassroots faith leaders. Now both Muslim Aid and UMCOR can tap those local ties to better identify problems and provide aid directly on the grassroots level.

During a time when ethnic and cultural anxieties are at an all-time high, UMCOR and Muslim Aid demonstrate that different faiths are not so different when it comes to saving lives.