France's conservative president-elect Nicolas Sarkozy must reassure Muslims in France who fear they could be on the receiving end of ridicule and contempt as the right strengthens its grip on power, the head of the largest Muslim organisation, UOIF,Thami 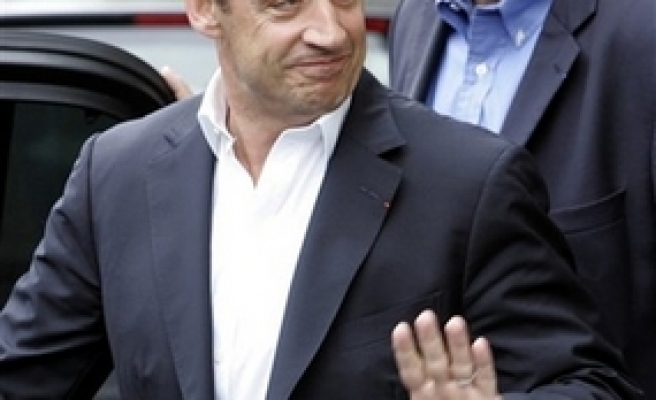 France's conservative president-elect Nicolas Sarkozy must "reassure" Muslims in France who fear they could be on the receiving end of ridicule and contempt as the right strengthens its grip on power, the head of the largest Muslim organisation, the Union of Islamic Organisations in France (UOIF),Thami Breze, told Adnkronos International (AKI). France is home to between 5 and 6 million Muslims, the equivalent of 8 to 9.6 percent of the population and three percent of the electorate according to official data.

"Sarkozy said he would be a president for all French citizens and during the election campaign he tried to instill trust in most sectors of French society. Now we pray he will reassure Muslims, " Breze said.

"We worked with Sarkozy in the past, when he was interior minister. He is a decent and generous man, but during the election campaign he hardened his language to get rightwing votes," said Breze. "Now, however, the campaign is over, and we hope he will revert to the Sarkozy we knew before, who on several occasions praised Islam and defended Muslims," he continued. "We hope we will be dealing with that Sarkozy," Breze added.

Some young people may fear Sarkozy as president, but Muslims do not, Breze told AKI, underlining that he must enact measures that serve the interests of the whole of French society.

In the first round of the presidential election on 22 April, Sarkozy obtained just 1 percent of Muslim votes, while 64 percent backed his rival, Socialist candidate Segolene Royal, according to a CSA poll for the Catholic newsaper La Croix.

Sarkozy scored a comfortable victory against Royal, securing France's presidency with 53.06 percent of votes cast in Sunday's run-off against 46.94 percent for Royal. Turnout was almost 84 percent, the highest since 1988, giving Sarkozy a clear mandate to reform France, boost employment and make it work harder. He takes office on 16 May.

Crime busting Sarkozy, 52, the son of a Hungarian immigrant, won enemies as interior minister for his harsh condemnation of rioters during urban unrest two years ago. He described the rioters as "scum."