Muslim grave plan in Italian village but some reject

The council of Rigutino voted last month in favour of reserving ten graves in the village cemetery for Muslim immigrants. But some villagers reject it. 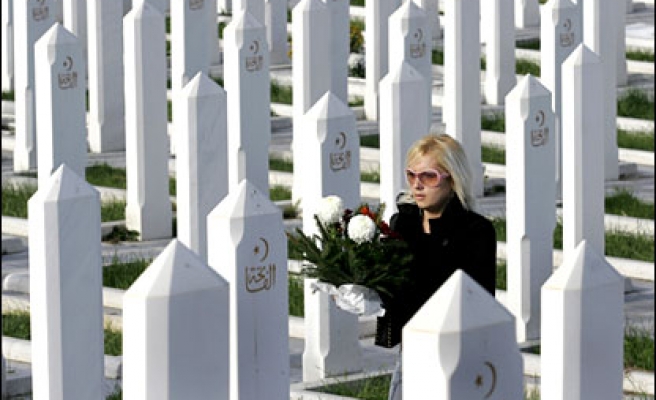 In a small Tuscan village, council plans to set aside tombs for Muslims in the local cemetery.

The council of Rigutino voted last month in favour of reserving ten graves in the village cemetery for Muslim immigrants from the neighbouring city of Arezzo.

The graves would be dug in such a way that the faces of the deceased would be turned towards Islam's holiest city Mecca, in accordance with Muslim tradition.

The measure would also allow the dead Muslims to be buried directly in the ground without a casket.

The Rigutino cemetery and another in the nearby village of San Leo are apparently the only two left in the province which have space for the Muslim dead.

But some local villagers have set up a committee to fight the plan.

A petition organised by the committee has been signed by 500 people and the protesters have also appealed to the local bishop to intervene, the news agency Ansa reported.
Last Mod: 11 Mayıs 2007, 20:31
Add Comment