Islamic leaders demanded the ruling coalition withdraw its candidate from India's presidential race on Tuesday after she said Muslim women should stop wearing their headscarves. 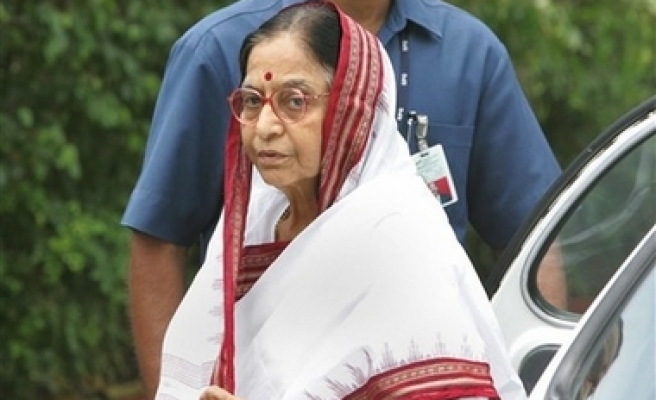 Islamic leaders demanded the ruling coalition withdraw its candidate from India's presidential race on Tuesday after she said Muslim women should stop wearing their headscarves.

Several Muslim leaders called on Prime Minister Manmohan Singh to find a new candidate for the largely ceremonial post, accusing Pratibha Patil, a Hindu, of insulting Islam by suggesting the headscarf is primitive.

Addressing a conference in the northwestern city of Udaipur over the weekend, Patil argued women started wearing the headscarves in India to save themselves from 16th century Muslim invaders, and that it was time to drop what the practice, Indian newspapers reported.

"Now that women are progressing in every field, we should morally support and encourage them by leaving such practices behind,'' she said.

Patil, 72, belongs to the Congress party. Parliament and state legislatures choose the president, and the ruling coalition has enough votes to get her elected.

Maulana Khalid Rashid, a member of the All India Muslim Personal Law Board, said it was God who had asked women to wear a headscarf and that this was enshrined in the Quran, the Muslim holy book. The board is India's highest Muslim authority on personal matters.

"Any statement against the veil means an opinion against Allah and the Quran which no Muslim will tolerate,'' Rashid told The Associated Press.

Historians disagree with Patil. They say the practice of women using scarves in the presence of outsiders was already widespread in the 13th century.

Hindu religious leaders have not reacted to Patil's call.

Orthodox Hindu women also cover their faces in the presence of elderly male members of the family, even though their religions doesn't mandate the practice like for Muslims.

Maulana Hasanul Badr, a Muslim cleric, said it was the duty of Muslim women to cover their bodies.

"Why do politicians interfere in our religious matters? It has become a fashion to pass judgment on Islam,'' he said.

"The statement is a clear reflection of Patil's mind-set about Islam and Muslims. It is better that the United Progressive Alliance change its presidential candidate and opt for a more secular person for this post,'' he said, referring to the governing alliance.