New French Muslims have come in droves to attend this year's Le Bourget conference, making a lot of new friends and participating in the activities of the biggest Muslim convention in Europe. 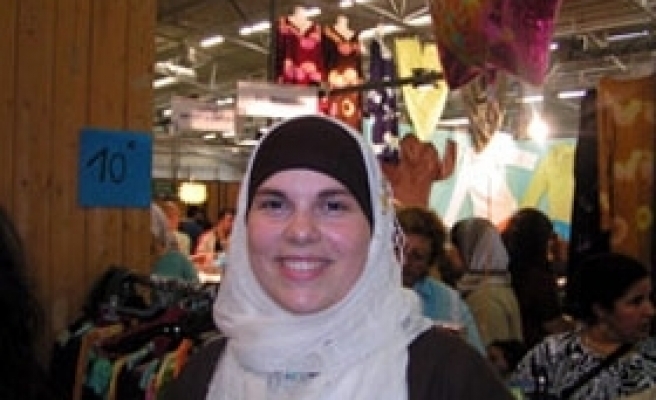 "I'm proud to play a role in this year's Le Bourget," Terence Lorin, who reverted to Islam four years ago and changed his name to Ismail, told IslamOnline.net Monday, April 16, the finale of the four-day conference.

Lorin, 22, has volunteered to sell entrance tickets for hundreds of visitors flocking to the Muslim convention.

"It is really awe-inspiring to see this large Muslim convergence, which is similar to the annual hajj," added Lorin, who was born to a conservative Catholic family and accepted Islam at the young age of 18.

"Such gatherings help close our ranks as one Muslim nation," noted Lorin, who first came to Le Bourget six years ago before reverting to Islam.

Lorin said he felt a natural affinity for Islam at 13.

"When I turned 18, I started fasting some days of the holy month of Ramadan with my Muslim friends," he said.

"I went with my friends to the mosque at the first day of `Eid Al-Fitr when I pronounced Shahadah (testimony of faith). It was as if I was born again," smiling broadly.

According to Muslim figures, some 60,000 French people have reverted to Islam, including dignitaries like soccer player Franck Ribery and soccer coach Philippe Troussier.

France is home to some six to seven million Muslims, the largest Muslim minority in Europe.

Andre Marty came all the way to Paris from northern France along with his wife and seven siblings to attend the conference, which has become a fixture in the French calendar, a chance for Muslims to meet, hear speeches from intellectuals and scholars, and buy the latest in Islamic literature and clothes.

"Le Bourget is a source of happiness and pride for us," said Andre, who was busy raising funds for the construction of a new mosque in the town of H