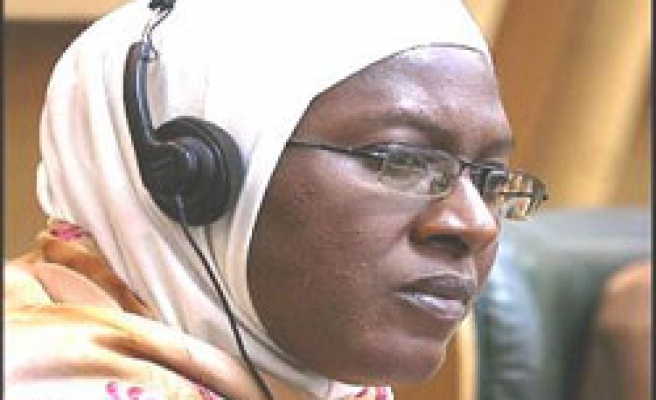 Relations between African and Asian Muslim countries are not at all at their optimal level, Gambian lawyer Rougie Thomasi said here on Monday.

Islamic unity is somewhat "biased" in terms of the relationship between African and Asian countries, Thomasi told the Tehran Times on the sidelines of the 21st International Islamic Unity Conference.

Islamic scholars and clerics from over 45 countries participated in the conference, which was held in Tehran from May 4 to 6.

Thomasi served as the Gambian solicitor general and legal secretary, which is a post equivalent to a deputy justice minister, from 2003 to 2006.

She is currently working as a lawyer and also teaches classes on Islam for children aged 9 to 13.

"Unfortunately, Islamic unity is a bit biased in terms of African and Asian countries, because we (Africans) are like the subordinates… Whenever we have relations with them (Asians), it's in terms of helping us financially, giving us scholarships to go and study in their universities. For instance, the former president of Gambia had very close relations with the former Malaysian prime minister (Mahathir Mohamad), and a lot of Gambians have gone to Malaysia to study law and sharia (Islamic law). And apart from that, I don't see any other concrete relation with any other Asian (Muslim) country," she observed.

"It's unfortunate that now China is taking the lead in forming a strong partnership with Africa," she added.

In response to a question about the level of Asian Muslim countries' economic investments in African Muslim countries and the prospects for the future, Thomasi said, "As Muslims, they have awfully failed Africa."

Asked if Arab "racism" is a factor hindering investment in the Muslim states of sub-Saharan Africa, she said she believes prejudice does play a part in this situation.

"Now very recently there have been relations with Iran. We need it more in this era when we (Muslims) are being attacked from different directions."

On the relations between African Muslim countries, she stated, "Between the African countries, the interaction is more based on culture. So many people emigrate from one country to another, and there is intermarriage. It has more to do with the opportunities created by governments. However, it depends on if the head of state is Muslim or Christian."

Commenting on the pan-Islamic sentiments of Africans, she explained, "Most Africans are illiterate, so people are simple. They stick to the five times praying in a day… They don't go for advocating the religion.

"So it is very strange if a woman goes for such things.

"However, now with the help of UNICEF, women's literacy is improving."