The region, which included an independent Muslim sultanate occupied by predominantly Buddhist Thailand a century ago, has resisted pressures by various military governments in the 1950s and 1960s to import Thai language, culture and religion. 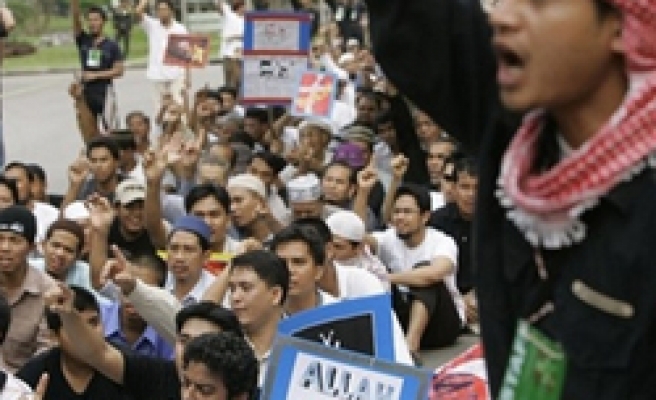 A group claiming to be the leaders of a four-year-old independence insurgency in Thailand's Muslim south said on Thursday they had agreed to an immediate ceasefire.

"All our fighting groups, both military and political groups, will support peace in the south from now on," a spokesman for the unnamed umbrella group said in a statement broadcast on army TV.

Chettha Thanajaro, a former army commander-in-chief and defence minister, told Reuters that his peace talks with 11 Muslim groups got under way in earnest last year. Some of the discussions were held in Germany.

"They need to keep their word, in the next week, then the government will get involved and start talking to them more," he told Reuters.

The alleged spokesman said groups that did not lay down their arms would be seen as "criminals" and pursued by security forces.

Chettha did not name the umbrella group or the two rebels who appeared on television, clad in khaki vests and short and the round caps worn by Muslim men, against the backdrop of a blue, white and yellow flag.

The alleged leader announced the ceasefire in the Malay language spoken by 80 percent of people living in the deep south.

Analysts were sceptical of the ceasefire announcement.

"The question is whether the government has talked to the right people and the right group. In the past, it has met people claiming to represent insurgents in the region, but the battle never stops," Panitan Wattanayagorn, a security expert at Bangkok's Chulalongkorn University, said.

The three southern provinces -- Narathiwat, Yala and Pattani -- are home to a majority of Thailand's 6 million Muslims. The region accounts for 10 percent of rubber output from Thailand, the world's top producer.

The region, which included an independent Muslim sultanate occupied by predominantly Buddhist Thailand a century ago, has resisted pressures by various military governments in the 1950s and 1960s to import Thai language, culture and religion.

Muslim fighters waged a low-level battle in the densely forested region throughout the 1970s and 1980s.

However, battle flared anew in 2004 shortly after then Prime Minister Thaksin Shinawatra, a former policeman, dismantled an army-run organisation that included civilians and Muslim religious leaders, and put police in charge of security.

Thaksin flooded the region with 30,000 troops and police, but it further alienated the population, especially after 78 Muslim men arrested after a protest died of suffocation in army custody.

After Thaksin was ousted in a 2006 coup, Prime Minister Surayud Chulanont travelled to the south to apologise for the heavy-handed military response, but the "hearts and minds" campaign failed to ease pains.