Muslims and Protestants meet during Lutheran congress to G8 summit

Muslims, Christians and other major religions met during the Lutheran congress to the G8 summit meeting in northern Germany. 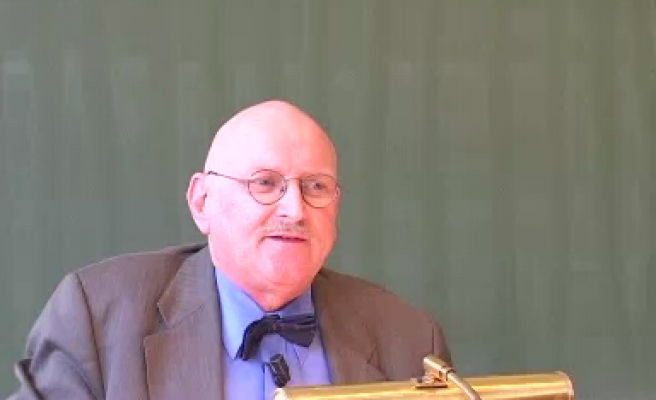 German Muslim leaders have robustly criticized a position paper issued last November by the EKD, the umbrella body for 23 Lutheran churches in Germany.

The document suggested Muslims should be more critical about themselves and it starkly set out why Lutherans disagree with Islam.

The paper caused strains that have still not been overcome between Islamic leaders and EKD.

Ayyub Axel Koehler, chairman of the Council of Muslims, and Bekir Alboga, spokesman for the DITIB religious authority, were blunt in a debate with Lutheran leaders at a church congress this week in the German city of Cologne.

Koehler told the church-people that Europe should be ashamed of the trail of blood that it had left throughout the world down the centuries.

He said it was a step in the right direction that the two sides were talking and criticised the EKD chairman, Bishop Wolfgang Huber, for unnecessarily driving a wedge between Christians and Muslims.

Koehler, a German who converted to Islam in 1963, questioned why the Protestant leader was repeatedly and unnecessarily saying that the two religions worship a different God.

He said Lutherans were still moving up the learning curve and their paper last November contained the language of separateness and trying to make yourself look good.'

Huber, who heads the Berlin Lutheran Church, gave a speech in defence of the Lutheran stance that it is 'every Christian's duty' to speak up for his own beliefs when meeting with a person of another religion.

He added that Christians respected the right of other religions to do the same thing, and denied that this zeal for the Christian faith had anything to do with conducting a mission to convert Muslims.

Earlier this year, Muslim groups charged that Lutherans were smearing more than 3 million German Muslims by alleging that they were susceptible to extremism.

Koehler suggested a way out of the conflict.

'I am hoping that we have a dialogue by our actions,' he said in a suggestion for a pragmatic approach to co-existence between the religions on German soil.

A joint appeal for a more just world issued by Muslims, Christians and other major religions during the Lutheran congress to the G8 summit meeting in northern Germany showed what was possible, he said.

Huber said after the Thursday speech that the passionate debate might not have settled the differences 'but at least it establishes where we all stand.'

Alboga said that despite the sharp differences since the paper was issued, Protestants could count on Muslims to keep the lines of communication open.

Senior figures from both sides met in May in a mosque in the city of Mannheim, but made no progress.

The Lutheran church was continuing to reject the establishment of a joint commission to discuss faith differences, Alboga said.

In Germany, a country of more than 80 million people, there are about 26 million Protestants and about the same number of Catholics and more than 3 million Muslims live in Germany. Last Mod: 10 Haziran 2007, 14:00
Add Comment