A mosque was burnt down and that there were "many casualties" following rioting on Friday in Lhasa between paramilitary police and Tibetans protesting against Chinese rule. 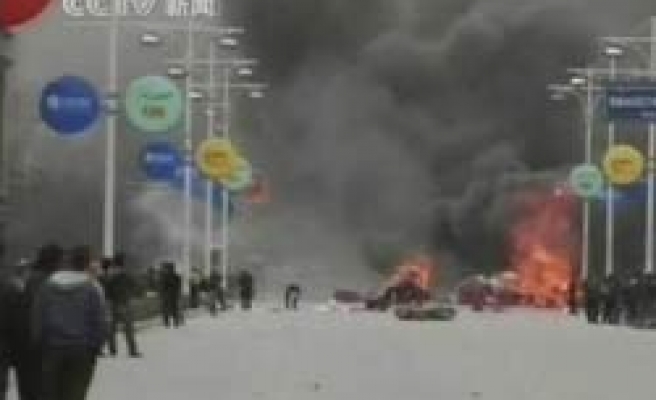 China on Saturday said a mosque was burnt down and that there were "many casualties" following rioting on Friday in Lhasa between paramilitary police and Tibetans protesting against Chinese rule, but it denied that the police had opened fire.

"The outbreak of violence died down in Lhasa Friday night, after a tumultuous day that saw windows smashed, shops robbed, a mosque burnt down and reportedly many casualties," the government's official Xinhua news agency said without giving any details of the estimated number of dead and injured.

The violence erupted in the centre of Lhasa, the capital of China's Tibet Autonomous Region, as the government deployed the police to control pro-independence protests initiated by Tibetan Buddhist monks.

US-based Radio Free Asia on Saturday quoted Tibetans in Lhasa as saying up to 80 people could have died in the rioting, with witnesses telling the broadcaster that tanks or armoured personnel carriers were deployed in the city.

"We saw two dead at Ramoche temple, two in the garden, two at the Ganden printing house, and those Tibetans who went to take food to prisoners in Drapchi prison saw 26 Tibetans shot after they were brought in on a black vehicle," the broadcaster quoted one Tibetan witness as saying.

"There could be about 80 dead, or more, but there is too much commotion here to give an exact number," the witness said.

Youths attacked police and businesses run by non-Tibetans during the rioting, the broadcaster said.

"All those shops owned by Chinese were ransacked and burned. Tibetan shop owners were told to mark their shops with scarves," he said.

MANY MUSLIMS FROM HUI GROUP MIGRATED TO TIBET

Many Muslims from the Hui ethnic group have migrated to Tibet from neighbouring provinces in recent decades, as well as hundreds of thousands of Han Chinese, drawing resentment from many Tibetans.

Radio Free Asia on Friday reported that police had "fired into the crowds" of rioters, but the government on Saturday denied the charge.

"We fired no gunshots," Xinhua quoted Qiangba Puncog, chairman of the regional government, as saying in Beijing on Saturday.

Friday's rioting followed protests by Tibetan monks that began Monday, the 49th anniversary of an uprising against Chinese rule that was crushed by troops.

The protests have since spread to several more monasteries in other Tibetan areas of China.