Muslims must unify for knowledge to counter West's negative image

The Muslim world must unify and reclaim its passion for knowledge to counter the West's negative image, the leaders of Malaysia and Indonesia have said. 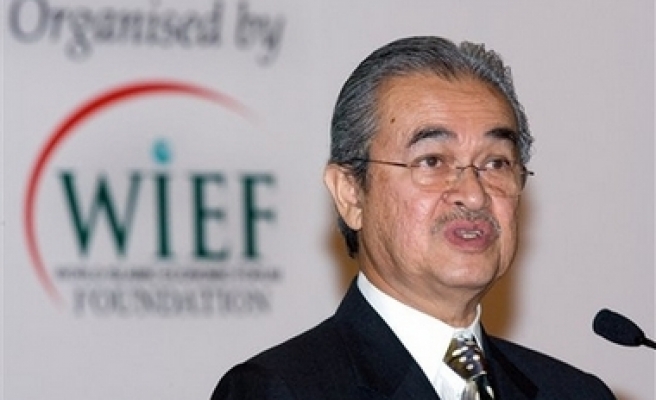 The Muslim world must unify and reclaim its passion for knowledge to counter the West's negative image, the leaders of Malaysia and Indonesia have said.

Speaking at the World Islamic Economic Forum on Monday, Susilo Bambang Yudhoyono, the Indonesian president, said: "We appear weak because we have been told we are weak and believed it."

"The loss of knowledge and innovation within the Muslim ummah [people] eventually led to the loss of sovereignty and empire," he said.

"We must rediscover our ability and passion for knowledge and innovation ... we must reclaim this legacy."

Malaysia chairs the 57-nation Organisation of the Islamic Conference (OIC) whose members, in 2005, accounted for 21 per cent of the world's population but only five per cent of global gross domestic product, he said.

"Clearly, much more effort and resources need to be put into education," Abdullah Badawi said from the forum, held in Kualu Lumpur, the Malaysian capital.

Many oil-rich OIC nations spend less on education than developed countries, he said, while lauding a $10bn endowment fund announced on May 19 by the United Arab Emirates to promote education in Arab countries.

On Sunday the OIC said it would launch a $10bn fund in Senegal to fight poverty in the Islamic world.

Yudhoyono, who leads the world's largest Muslim nation, said: "Muslims must realise they are not helpless.

"They should use as leverage their position as suppliers of 70 per cent of the world's energy requirements and 40 per cent of its raw materials.

"If the nations of the rest of the world want our energy and our commodities, we must also obtain from them, in fair exchange, knowledge and technology."

The two-day World Islamic Economic forum has attracted about 900 participants including government leaders and top business executives, with representatives from the OIC countries, India, China, the US and Europe.