Muslims protest damage to mosque, some hurt by police

Police fired shots and used teargas and batons on Muslims protesting damage to a mosque in Indian Kashmir and several people were hurt Friday, witnesses said. 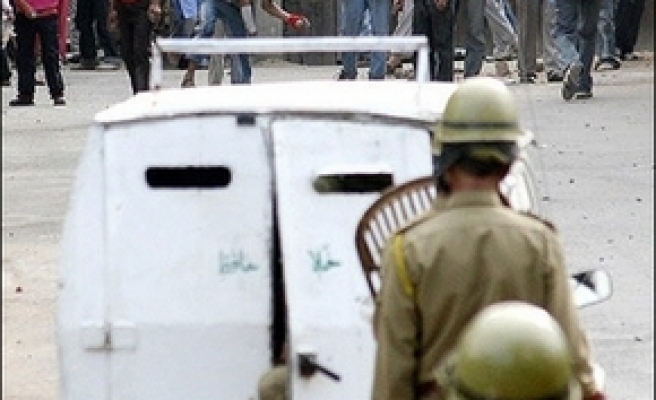 Police fired shots and used teargas and batons on Muslims protesting damage to a mosque in Indian Kashmir and several people were hurt Friday, witnesses said.

Dozens of Muslim youths poured on to the streets near Srinagar's main mosque and threw stones at police and paramilitary forces.

Police fired on the crowd and injured a civilian, while several others were hurt in a baton charge, witnesses said.

The protesters said the mosque, in a historic fort used by paramilitary forces, had been damaged and accused the paramilitaries of neglect.

Muslim visitors said a Hindu and a Sikh temple inside the fort overlooking Srinagar, capital of Indian Kashmir, remained intact.

The Authorities denied the allegations, saying the mosque had been in a "dilapidated" state for a long time.

The Hari Parbat Fort, built in 1808 when Kashmir was under Afghan rule, was thrown open last month, 17 years after.

The design of the fort, built by Afghan governor Atta Mohammed Khan, is similar to those in Central Asia characterised by small brick and stone work and it contains a series of small apartments.

The fort's surrounding wall was constructed in the 16th century by Mughal Emperor Akbar and the area served as an army cantonment. Last Mod: 04 Mayıs 2007, 19:15
Add Comment