Some reports said the Philippines gave Muslims 24 hours to pull out of nine farming villages they have "occupied" or face a combined military and police offensive. 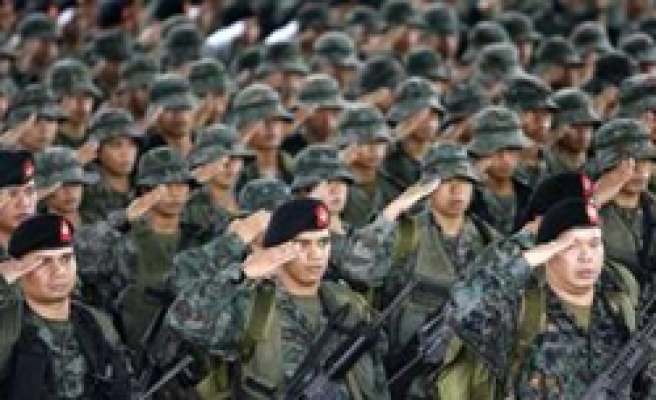 "There is no such thing," he said.

Kabalu said that there were around 1,500 families displaced in North Cotabato, but said this was due to armed conflict with para-military forces or Civilian Volunteer Organizations (CVOs) under the control of local officials.

"If there are areas that are really occupied, we are willing to dialogue and have it resolved peacefully," Kabalu said.

Defense Secretary Gilberto Teodoro said on the same ANC program that he was "gratified" to hear of the MILF's willingness to cooperate in resolving this dispute.

Some reports said the Philippines gave Muslims 24 hours to pull out of nine farming villages they have "occupied" or face a combined military and police offensive.

"This is not a declaration of war," Ronaldo Puno, interior secretary, told a news conference on Thursday.

"The government will not allow these things to happen. We're giving them a deadline otherwise, they shall be forcibly removed from the area."

Analysts do not expect the current tension to trigger an all-out war.

Puno said a task force has been created to handle the problem, and said additional troops will be deployed to the south.

But the prospect of a territorial agreement, which would give political and economic rights to an eventual Muslim government in the south.