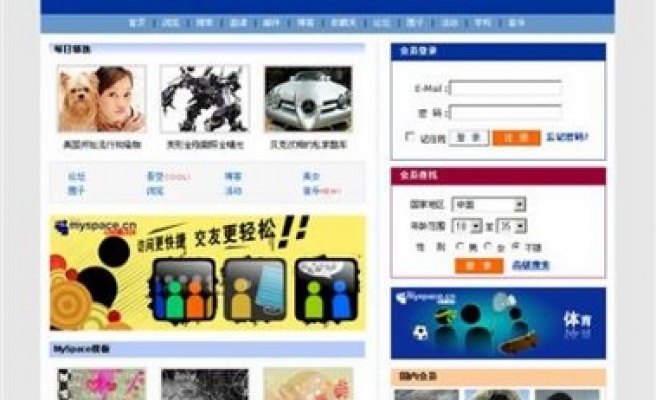 MySpace China will be a Chinese-owned company with backing from MySpace Inc., the IDG venture capital firm and a Chinese investment fund, the company said.

Spokespeople for the company refused to give an ownership breakdown or say which investor would control it.

MySpace allows users to share text, pictures and video. It was bought by News Corp. in 2002.

"Based on the MySpace global brand and technology platform, we will develop products and features that are tailored to today's Chinese citizens," Luo Chuan, a former Microsoft Corp. executive who is to lead the venture, said in a prepared statement.

China has the world's second-biggest population of Internet users after the United States, with 137 million people online.

The communist government promotes Internet use for education and business but tries to block material considered subversive or pornographic. Dozens of people have been jailed for posting political essays online.

"MySpace China is not yet optimized to fully meet the needs of Chinese users and we continue to improve products and services based on the feedback and recommendations from our test and trial users," Luo's statement said. Last Mod: 27 Nisan 2007, 14:42
Add Comment