Online social-networking powerhouse MySpace set out to knock YouTube from its throne by launching a website devoted to Internet video and television shows. 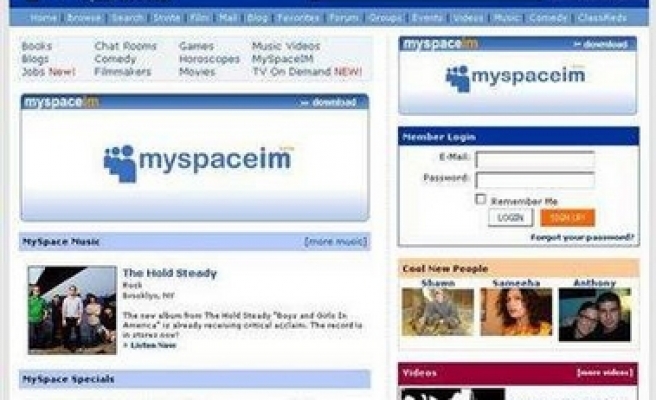 Online social-networking powerhouse MySpace on Thursday set out to knock YouTube from its throne by launching a website devoted to Internet video and television shows.

MySpaceTV is a platform for homemade video and professional productions, such as news programs and “webisodes” made for the Internet of shows like “Prom Queen.”

“This works just as well for NBC and Fox and for the aspiring Steven Speilberg as it does for the kid doing skateboard tricks on the weekend,” MySpace vice president Jeff Berman told AFP.

“We’ve seen video explode as a way for users to connect.”

The beta, or test, program unveiled at www.myspacetv.com is customized in seven languages for the US Internet firm’s users worldwide.

The site’s creators hope to replicate the success of MySpace, which gets more visitors than any other website in the United States and is the most popular online social community in with world, according to industry statistics.

The teen-oriented website is a forum in which people share pictures, journal entries, videos, music and more on personalized profile pages.

MySpaceTV is taking on YouTube, the undisputed king of online video-sharing, with its share of the US market surging 70 percent in the first five months of 2007, reports tracking firm Hitwise.

Since February, MySpace has gained on Google-owned YouTube when it comes to the numbers of videos streamed to people’s computers, according to comScore Media Metrix.