New York Governor Eliot Spitzer has apologised, but not resigned, over reported links to a high-class prostitution ring. 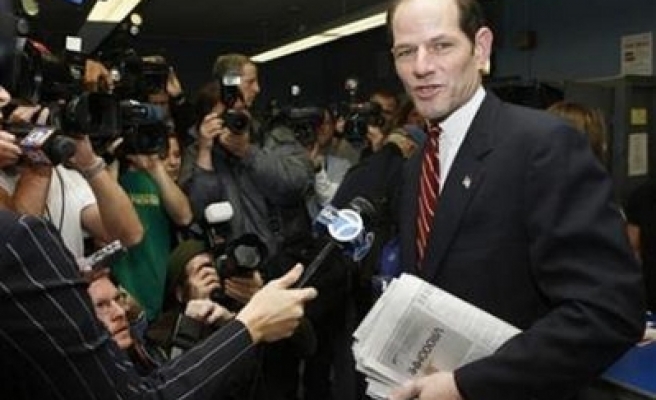 The newspaper said he was caught on a federal wiretap at least six times on February 12 and 13 arranging to meet the woman at a Washington hotel.

Gov Spitzer, a married 48-year-old Democrat who investigated prostitution as New York's attorney general, apologised for what he described as a "private matter" but said nothing about resigning.

At the heart of the scandal is a criminal complaint charging four people with running a multi-million dollar prostitution ring dubbed The Emperors Club.

Among the charges brought against the four defendants was transporting women across state lines for prostitution purposes.

It was not clear if a similar charge might be brought against Mr Spitzer if it were proven he arranged for "Kristen" to travel from New York to Washington to have sex with him.

Mr Spitzer has neither confirmed nor denied the newspaper's claims.

News of the allegations has rocked Wall Street, where power brokers resented the Governor's high-profile inquiries into financial cases when he was New York state's chief prosecutor.

An editorial in The Wall Street Journal said: "The stupendously deluded belief that the sitting Governor of New York could purchase the services of prostitutes was merely the last act of a man unable to admit either the existence of, or need for, limits.

"Governor Spitzer, who made his career by specialising in not just the prosecution, but the ruin, of other men, is himself almost certainly ruined."

Questions are being asked about if, or when, Mr Spitzer will resign and whether he would be charged with any crime.

Prosecutors rarely bring charges against clients of prostitutes in such cases.

In an online poll on The Daily News website, 83 per cent of respondents said Mr Spitzer should resign.