Japan marked the 63rd anniversary of the atomic bombing of Nagasaki with a solemn ceremony on Saturday and a call for world powers to abandon their nuclear weapons. 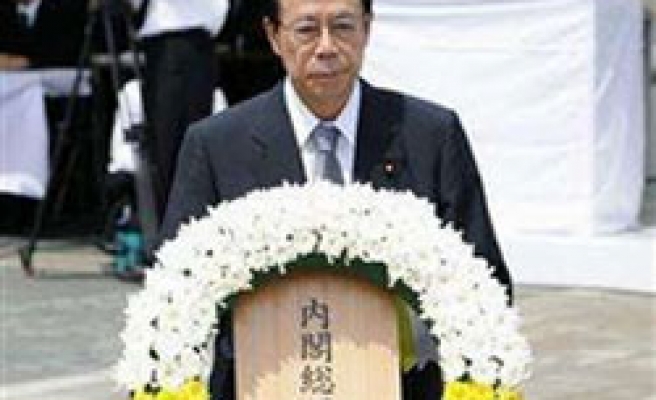 Japan marked the 63rd anniversary of US atomic bombing of Nagasaki with a solemn ceremony on Saturday and a call for world powers to abandon their nuclear weapons.

Thousands of children, elderly survivors and dignitaries in the city's Peace Park bowed their heads in a minute of silence at 11:02 a.m. (0202 GMT), the time USA bomb was dropped, to remember the tens of thousands who ultimately died from the blast.

"The United States and Russia must take the lead in striving to abolish nuclear weapons," Nagasaki mayor Tomihisa Taue said at the gathering, which included Prime Minister Yasuo Fukuda.

"These two countries ... should begin implementing broad reductions of nuclear weapons instead of deepening their conflict over, among others, the introduction of a missile-defence system in Europe."

Britain, France and China should also reduce their nuclear arms, he added.

Nagasaki was bombed by the United States on August 9, 1945, three days after the western city of Hiroshima, where the blast also killed tens of thousands immediately and many more later from radiation sickness.

"I vow to lead the international community for permanent peace," Fukuda said in a speech.

Nagasaki's toll from the bomb, nicknamed "Fat Man", is updated every year by the Japanese government which keeps a record of victims it says die of radiation illness. It added 3,058 names to the list this year, bringing the official death toll to 145,984.

Earlier in the week, the mayor of Hiroshima had criticised countries that refuse to abandon their bombs and vowed to do more to help survivors still suffering the city's 1945 attack.

Japan has stood by its self-imposed "three non-nuclear principles" banning the possession, production and import of nuclear arms.