The U.S. space agency has created a new office to study more closely cosmic phenomena such as dark energy and black holes. 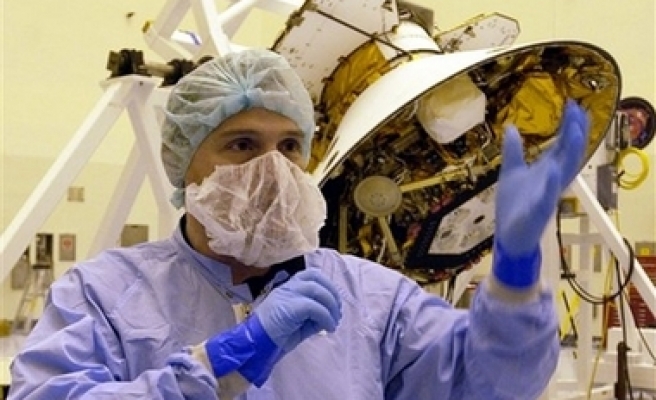 The U.S. space agency has created a new office to study more closely cosmic phenomena such as dark energy and black holes.

The National Aeronautics and Space Administration said its new Einstein Probes Office will be located at the Goddard Space Flight Center in Greenbelt, Md., in the Beyond Einstein Program facility. Beyond Einstein is designed help answer fundamental questions about the origin and evolution of the universe.

Beyond Einstein consists of five proposed missions: two major observatories and three smaller probes. The probes would investigate the nature of dark energy, the physics of the Big Bang and the distribution and types of black holes in the universe.

NASA and the U.S. Department of Energy have commissioned a National Research Council committee to assess which of the Beyond Einstein missions should be developed and launched first. The committee's recommendations are to be released in September.

"We look forward to receiving the recommendations of the committee," said Jon Morse, director of NASA ' s Astrophysics Division. "Adding this new office to the existing logistical support for the Beyond Einstein Program will help us react swiftly to the committee's assessment." Last Mod: 27 Haziran 2007, 18:32
Add Comment