Nasrallah: progress on soldiers, no UN tribunal without approval

Hezbollah leader Hassan Nasrallah said there has been progress in negotiations to free two Israeli soldiers and it must first receive the country's approval for UN tribunal. 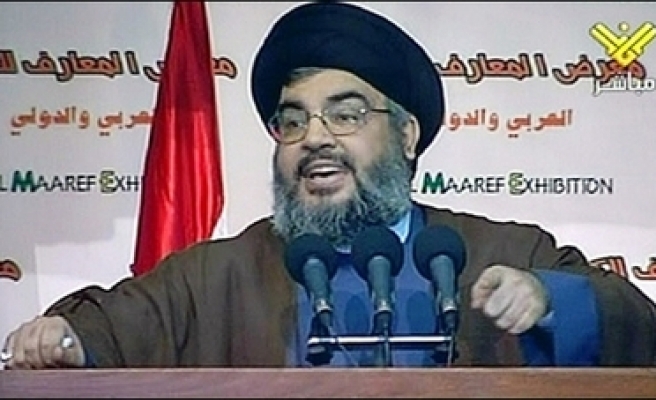 Last month, Nasrallah's deputy said there were "serious" U.N.-mediated negotiations to secure a prisoner swap involving the captive Israeli soldiers. But so far there have been no results.

"It is on the way to be solved," Nasrallah said in the interview. "It's just a matter of time."

Israel and Hezbollah have swapped prisoners in the past. But Hezbollah has refused to release the two Israelis without a deal to exchange them for Arab prisoners held by Israel.

In the interview, Nasrallah also rejected that a former an Arab Israeli lawmaker "wanted by Israeli authorities" for espionage had ever spied for the Hezbollah.

"I categorically and absolutely deny this," Nasrallah said. "All the accusations about contacts and giving information to Hezbollah are not true."

Bishara left Israel and has resigned his parliament seat. Police said he would be arrested immediately if he returns to Israel.

No UN tribunal without country's approval

"We consider that any resolution issued by the Security Council (on the tribunal) illegitimate and illegal and has no value because it violates the Lebanese national interest," he said.

"We hope that things don't get there."

The comments by Nasrallah amounted to a warning to the United Nations that his group could undermine the tribunal if it is created without agreement between the government and the opposition.

The U.S. ambassador to the United Nations has threatened that if Lebanese parties fail to agree, the Security Council could establish the tribunal under a section of the U.N. Charter that deals with threats to international peace and security. The section, called Chapter 7, authorizes a range of measures from breaking diplomatic and trade relations to military intervention.
Last Mod: 07 Mayıs 2007, 14:22
Add Comment