Hassan Nasrallah, the leader of Hezbollah, has said that he "respects" Israel for recognising that it was defeated by his guerrilla army during the 2006 war in Lebanon. 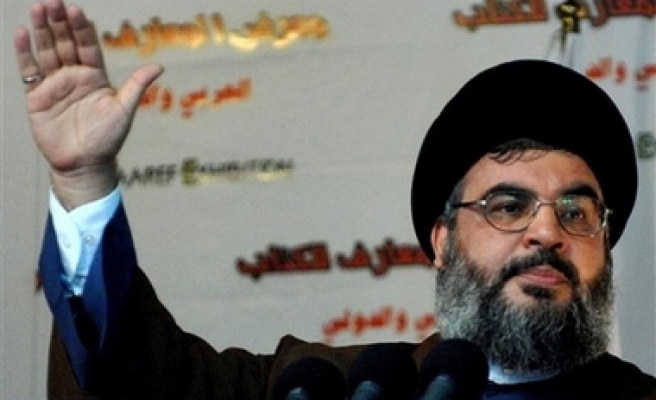 Hassan Nasrallah, the leader of Hezbollah, has said that he "respects" Israel for recognising that it was defeated by his guerrilla army during the 2006 war in Lebanon.

Speaking in southern Beirut on Wednesday in a speech aired by Hezbollah's al-Manar TV, he added that he admired Israel's ability to criticise itself and learn from its failures.

On Monday Israel's Winograd commission, set by Ehud Olmert, the Israeli prime minister, to investigate the war, issued an interim report that damned his handling of the conflict.

The report also said that Israeli had effectively lost the war by failing to achieve its war aims of freeing two soldiers captured by Hezbollah fighters.

Referring to the Israeli report, Nasrallah said he was pleased that Israel had agreed with his analysis that Israeli had effectively lost the war by failing to decisively defeat Hezbollah's fighters.

"The first important outcome of this commission is that it has finally and officially decided the issue of victory and defeat ... This commission spoke about a very big defeat," he said.

"Today the climate in the whole of the Zionist entity is that this war was a failure."

However he also said that Israel's ability to learn from its mistakes was worthy of "respect".

"Even though they're our enemies, it is worthy of respect that the political forces and the Israeli public act quickly to save their state, entity, army and their existence in the crisis," he said.

The 34-day conflict began when Hezbollah members kidnapped two Israeli soldiers along the Lebanese border in July 2006 and said it would trade them for Palestinian prisoners held by Israel.

Israel refused to negotiate for the release of the captured soldiers and instead launched devastating airstrikes against Hezbollah positions around Lebanon.

These tactice proved ineffective and Israel's army then launched a ground offensive against southern Lebanon and bombed infrastructure such as bridges, roads and powerstations, vowing to recapture the missing Israelis soldiers.

More than 1,000 Lebanese are believed to have died in the conflict along with over 100 Israelis.

Israel did not succeed in finding the two captured soldiers, its declared war aim, and its forces left Lebanon after a United Nations force arrived to monitor a ceasefire. Last Mod: 03 Mayıs 2007, 12:57
Add Comment