A decision to be made this weekend on whether to allow the sale of 60 tons of elephant ivory is exposing rifts between nongovernment agencies dedicated to defending the diversity of plants and animals. 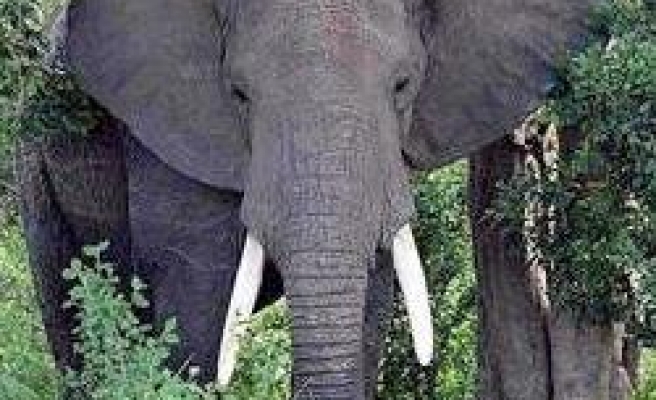 Just as the NGOs are split on the ivory trade, so are African nations themselves -- reflecting the growing complexity of conserving the Earth's shrinking natural habitats.

The 171-nation Convention on International Trade in Endangered Species, or CITES, begins a 12-day conference on Sunday. It will consider amending its lists of trade restrictions on a range of species, from the American bobcat to the European eel and several South American cacti.

The decision on allowing three southern African countries to sell part of their ivory stocks will fall at a crucial committee meeting on Saturday.

It will set the stage for a larger high-profile issue later in the conference -- whether to relax or tighten the 1989 restrictions on trading ivory.

It also will be the prelude to a broad people versus animals discussion: Whether a treaty aimed at rescuing vulnerable species from extinction should also consider the livelihood of people who live with them.

Will Travers, president of the Species Survival Network which represents about 80 nongovernment organizations, said CITES should not be diverted from its original purpose. "There are any number of agreements and treaties that deal with the human condition," he said, but "precious few that focus on species."

Susan Lieberman, of the World Wildlife Fund for Nature, disagreed. "The only way to deal with conservation is to build our programs around local communities."

CITES meets every two to three years to review its lists of more than 7,000 animals and 32,000 plants whose trade is regulated.

The opening salvo comes in the Standing Committee where South Africa, Botswana and Namibia seek to go ahead with a one-time ivory sale to Japan, which has an ancient tradition of sculpting intricate scenes from curving tusks.

The ivory would come from stocks gathered from elephants that have died naturally over the last 18 years. The countries pledged to earmark the revenue for further conservation.

The sale was conditionally approved in 2002 but was held up until an adequate monitoring system against poaching could be put in place, and until Japan was capable of controlling its use and preventing its re-export.

Kenya and Mali, which want to tighten the trade ban, reluctantly agree to the sale if those conditions are met. Central and West African states, where most of the illegal trade originates, have generally supported the overall ban, but their position was unclear on the one-time auction.

Since 2002, tons of illicit ivory have been seized, mostly in Asia.

Other illegal consignments have been found in Hong Kong and Taiwan, usually concealed in hidden compartments in shipping containers.

Conservationists see the seizures as evidence of organized crime.

"With the illegal trade increasing, it is ludicrous that they are considering relaxing the ban," said Rachel Noble, of the British-based Environmental Investigation Agency. The monitoring system, she said, "is full of holes."

WWF, however, thinks the sale should go ahead as long as the proper controls are in place. "You can't keep moving the goal posts," said Lieberman, director of WWF's Global Species Program.

Over the next two weeks, the conference will vote on other proposals to grant export quotas to Botswana, South Africa, Namibia and Zimbabwe where elephant populations have rebounded, and to let them conduct limited trade in elephant hides, leather goods and live animals.

A competing proposal from Kenya and Mali would eliminate some exceptions to the ivory ban for 20 years.

In the last two years, their proposal says, nearly 40 tons of illegal ivory have been intercepted, implying a slaughter of up to 19,000 elephants. It said the legal trade in souvenirs and trophies "provides an opportunity for laundering large quantities of illegal ivory."