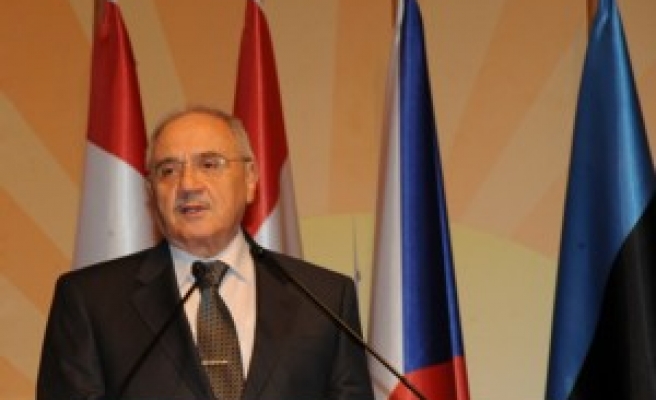 Turkey's National Defense Minister Vecdi Gonul said Wednesday "our fight against PKK terrorism will continue until the activities of PKK are ended."

Speaking at the Summer Congress of the Interallied Confederation of Reserve Officers (CIOR) in Istanbul, Gonul said that "Turkey will display all diplomatic efforts to eradicate PKK terrorism."

"The support of our allies in NATO and the EU carries vital importance in our fight against terrorism," Gonul said.

"The decision of the Turkish parliament permitting cross-border operations against terrorists reflects the total will of the Turkish nation," Gonul also said.

CIOR represents the interests of more than 1.3 million reservists across 34 participating nations within and beyond NATO, making it the world's largest military reserve officer organization.

Founded in 1948, CIOR is a NATO-affiliated, non-political and non-profit umbrella organization of member nations' national reserve officer associations. CIOR has two main roles: to provide support and advice on reserve issues to the NATO Alliance, and to foster the professional development of reserve officers.

CIOR's Istanbul Congress will feature a symposium on employer support to reservists throughout the Alliance, focusing on best practices and lessons learned. The Congress will also feature an arduous international military skills competition, a Young Reserve Officers' Workshop aimed at developing and challenging junior officers, a language academy teaching English and French to reserve officers from eastern and central Europe, and a medical conference.