NATO-led forces' spokesman confirmed Sunday that their forces killed up to 10 civilians. 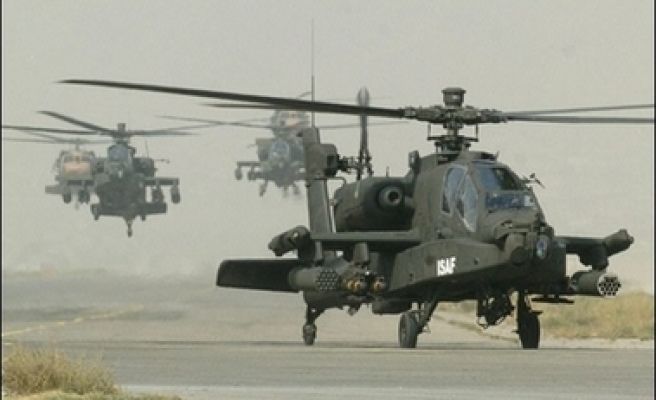 NATO-led forces' spokesman confirmed Sunday that their forces killed up to 10 civilians.

Pakistan has strongly protested the killing of dozens of civilians in the south-west border areas of the country by the missiles and mortar rounds fired from inside Afghanistan.

Major John Thomas, an International Security Assistance Force spokesman, confirmed that during the fight in Bermal district of south-eastern Afghan province Paktika "up to 10 civilians were killed" due to artillery fire and rockets fired from helicopters inside Pakistan.

"It appears that one of our weapons hit a building which may have had a number of civilians in it and that building may have been a home or some hotel facility," Thomas admitted.

"We regret two things: one that we mistakenly operated inside the Pakistani border, and secondly we regret the loss of civilians in our operation," Thomas said in Kabul.

However, officials in Pakistan said that several rockets fired by NATO forces late Friday killed at least 33 people, including several women and children, and injured more than 70 in South and North Waziristan. The attacks also destroyed about two dozen houses, damaged vehicles and killed cattle, they said.

The protest was recorded with the Trilateral Commission, comprising Pakistan, Afghanistan and NATO-led ISAF.

At least 21 people, including seven members of one family and eight of another, were killed in a village Tor Jawar, or Black Forest, three kilometers from the border in South Waziristan, when US bombers and helicopters fired ammunition damaging 16 houses, the Daily News of Pakistan reported Sunday.

More than 40 people were injured in the incident, which might have claimed more lives as some bodies were still feared lying buried under the rubble, it said.

Most of the victims were from the Pakhtoon Wazir tribe settled on both sides of the border.

Meanwhile, 12 people were killed and more than 30 injured, all local tribesmen, in a separate attack that destroyed a hotel, called Pakistan Hotel, eight houses and three small trucks in North Waziristan.