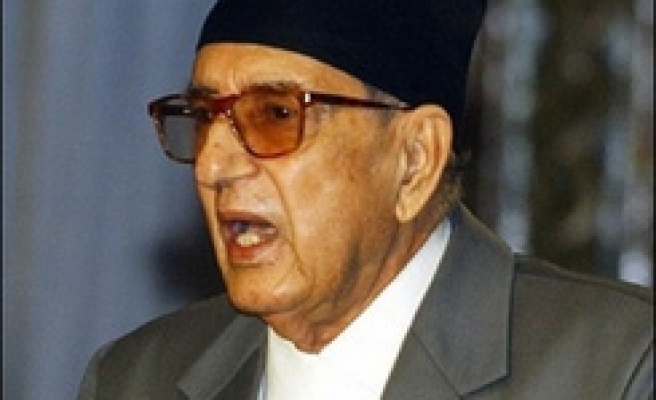 "We have agreed to hold the constituent assembly elections by the end of November and the eight party leaders have given the responsibility to the government to fix the date," Ramchandra Poudel, Nepal's minister for peace and reconstruction, told AFP on Thursday.

The elections to vote for a body to rewrite Nepal's constitution had been slated for June 20, but Nepal's top election official has repeatedly said more time was needed to prepare.

"The prime minister has proposed November 26 as election day, but it has not been approved by the leaders of the eight parties," said C.P. Mainali, leader of the United Left Front party.

The elections will decide the future, if any, of Nepal's embattled monarch King Gyanendra who has been stripped of most of his powers after being forced to end a much-criticised 14-month period of authoritarian rule last April.

The fiercely anti-monarchy Maoists want the interim government to declare a republic before the polls.

"Our party thinks that we will not be able to hold the elections without declaring a republic through parliament so we have sent a note of dissent on the election date agreement to the other party leaders," said Dinanath Sharma, a senior Maoist leader.

Nepal's parliament, formed in January, will need to amend the the interim constitution in the next two weeks, said Poudel, the peace minister.

"We have also agreed to amend the interim constitution and formulate the necessary election laws by mid-June," he said.