Nepal's first president sworn in, no sign of govt

Nepal first president Ram Baran Yadav told reporters that "I am committed to serve all people, keeping the interest of the nation above everything else." 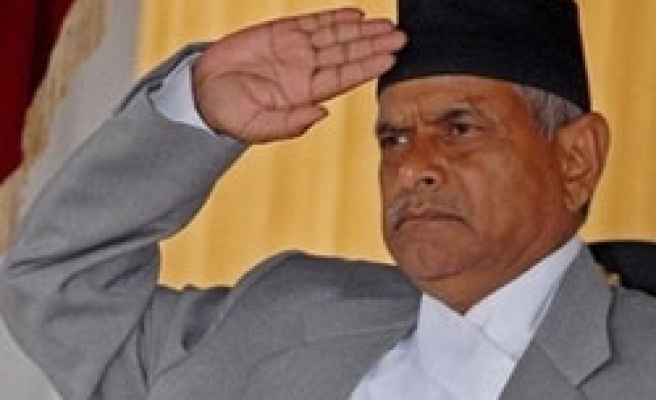 The first president of Nepal was sworn in on Wednesday amid bitter political turmoil, the nascent republic still without a government months after historic elections ended a centuries-old monarchy.

Dressed in skin-tight white trousers and a matching cap, 61-year-old Ram Baran Yadav, an ethnic Madheshi from Nepal's southern lowlands, took the oath of office on the lush green lawns in front of the presidential palace.

Yadav, a doctor, was driven to his new home, a former foreign ministry building improvised as the presidential palace, in a black limousine escorted by bodyguards riding motorcycles.

"I am committed to serve all people, keeping the interest of the nation above everything else," Yadav told reporters after he was sworn in. "We should be able to unite all sections of the people and communities together."

Squabbling among political parties has thrown Himalayan Nepal into limbo as politicians have failed to produce a new government more than three months after the elections for a special assembly meant to write a new constitution.

But the former guerrillas now say they will not form a new government to protest against the vote, the first major decision by the assembly since it abolished the 239-year-old monarchy and turned the mountainous nation into a republic in May.

Analysts said the deadlock over a new government could trigger further instability and fuel public anger.

"Any government that will have no time to streamline the delivery system that has collapsed will only fuel the anger and frustration among the people," said Yubaraj Ghimire, editor of the weekly magazine, Samay.

Yadav, from the centrist Nepali Congress party, was elected president ahead of Ramraja Prasad Singh, who had the support of the former Maoist rebels who won a surprise election victory in April and were expected to head the new government.

The Maoists are the biggest group in the assembly.

Wednesday's swearing in was attended by political leaders, senior government officials and diplomats.