Al-Qaeda's deputy leader has expressed his support for Hamas, and warned of an offensive that would be launched by others to wrest control of Gaza from the group. 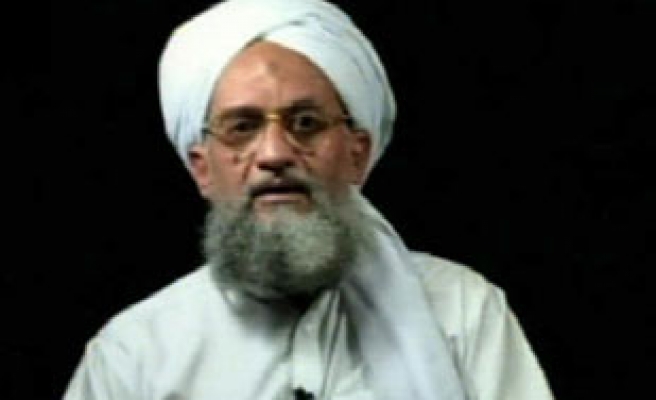 Al-Qaeda's deputy leader has expressed his support for Hamas, and warned of an offensive that would be launched by others to wrest control of Gaza from the group.

In an audio extract posted on the internet on Monday, Ayman al-Zawahiri, called on Muslims around the world to back Hamas with money and weapons.

"We tell our mujahidin brothers in the Hamas movement that we and all the Islamic nation stand by your side, but you have to correct your path," al-Zawahiri said.

In the past, al-Zawahiri had criticised Hamas for joining the political process and forming a unity government with Fatah.

Hamas took power after winning elections in March 2006, and earlier this year formed a unity government with Fatah as part of an attempt to resolve outbreaks of fighting between the two parties.

But Abbas dismissed the unity cabinet headed by Ismail Haniya, the Palestinian prime minister, after what he said was a coup by Hamas and set up an emergency government in the West Bank, supported by the US and other Western powers.

Al-Zawahiri said an "offensive" was being prepared "in which the Egyptians and Saudis will join in".

"The Egyptian regime supplies Abbas with weapons and thousands of fighters," he said.

Al-Zawahiri said Hamas should be supported "with money" and "the transfer of weapons and supplies to them from the neighbouring countries" against "the Crusaders and the treacherous Arab rulers".

The 25-minute recording was posted on the same day Hosni Mubarak, the Egyptian president, was hosting a summit in the Red Sea resort town of Sharm el-Sheikh as a show of support for Abbas.

Along with Mubarak and Abbas, Ehud Olmert, the Israeli prime minister, and King Abdullah, the Jordanian monarch, are also attending the meeting.

The recording's authenticity could not be independently confirmed, but it was posted on a Web forum where al-Zawahiri has issued messages in the past.

Al-Zawahiri has a $25m bounty on his head, and US officials say he is the al-Qaeda's main strategist as well as the group's second-in-command.