Under the bill, the Foreign Trade Ministry, will be authorized to examine and sign off on certain transactions and cases at Customs. 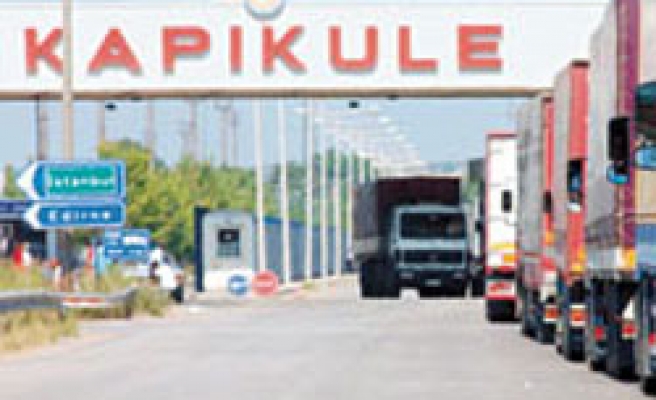 Parliament has drawn up a bill in an attempt to harmonize customs legislation with EU laws, increase efficiency and reduce red tape in customs transactions.

One notable section of the bill would require the submission of an executive declaration form on goods to be exported from or imported to Turkey. In addition, declarations filed in electronic form will no longer need to be accompanied by hard copies.

With the new bill on customs, which contains detailed definitions of key customs terms, a new statute on the "authorized obligator" found in EU customs legislation is introduced. These entities will be able to benefit from simplified applications envisaged in the customs legislation or the relevant customs inspections on safety and security.

Under the bill, the Foreign Trade Ministry, which supervises the Customs Undersecretariat, will be authorized to examine and sign off on certain transactions and cases at Customs. The bill also provides for the creation of a national risk management policy, which will be handled by the Customs Undersecretariat. The bill requires information sharing at national and international levels to improve risk management policies and procedures.

The bill seeks to introduce harmonization with EU legislation in the field of intellectual property rights.

The draft in addition includes provisions on activities to be carried out in free trade zones. Items will be restricted depending on the characteristics of the commodity and the requirements of the customs inspection. In this regard, the Customs Undersecretariat will hold the authority. Time limits and restrictions will be placed on agricultural products stored in free zones.

The bill further introduces exemptions and exceptions for particular goods to be imported by the General Staff, the Defense Ministry, the National Intelligence Organization (MİT), the Customs Agency and certain military institutions.

The limit for customs exemption would be increased from 100 euros to 150 euros. The exemption currently only covering land transport vehicles would be expanded to all types of transport means in parallel with the EU exemption provisions. The draft also exempts household items purchased within the country by persons who reside abroad from customs tax. Non-commercial goods purchased by visitors for their personal use will also be exempted from duty. The exemption will further cover the commodities and items imported for use in research and development activities.

The bill will introduce improvements to ease the burden of businessmen. The customs transactions for non-commercial goods or items for personal use will be made by individuals through direct representation. The bill also includes a measure to extend the statute of limitations for fines issued in relation to violations of customs rules. Furthermore, those who identify and report customs violations will be rewarded.

The bill also changes some notions and descriptions in the customs literature. For instance, customs duties will be redefined to ensure harmonization with the import and export levies in the EU. The term "customs inspection" was excised from the law and replaced by "customs control." The bill in addition includes clear definitions for original obligator, risk and risk management.