A technique called molecular breast imaging appears to be about as accurate as MRI for detecting breast cancers, but is less costly. 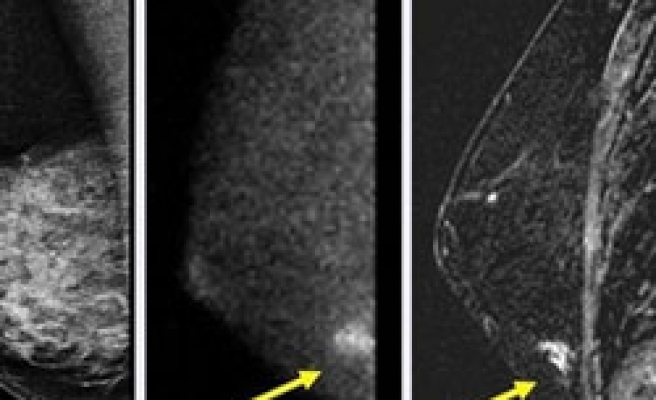 The findings were reported by Dr. Carrie Beth Hruska of the Mayo Clinic in Rochester, Minnesota at the Department of Defense's annual Era of Hope breast cancer meeting in Baltimore.

"Molecular breast imaging is available only at the Mayo Clinic right now, but it will become more widely available soon," Hruska said.

Molecular breast imaging, or MBI, uses injection of a radiotracer. "It has a high affinity for cancer cells," Hruska explained, and any hot spot can be picked by a gamma camera.

She and her colleagues performed MBI and MRI in 48 women being evaluated for breast cancer, 42 of whom had suspicious areas on previous examination and 6 who were at high risk for breast cancer. A total of 54 cancers were diagnosed in 32 patients.

MRI 53 detected cancers in 31 patients, while MBI revealed 51 cancers in 30 patients. One cancer was not detectable on MRI, MBI, mammography or ultrasound.

Because the majority of patients in this study had a high suspicion of having breast cancer, results might be different in screening average-risk women, Hruska cautioned.

"This was a retrospective look at patients who were not served well by mammography," Hruska commented in an interview with Reuters Health after her meeting presentation.

MBI was comparable to MRI, she said. "As MRI is being used more and more, cost will become a major factor. MBI costs four-to-six times less than MRI."

The technology still needs to be improved and larger studies are needed, but this is a promising, cost-effective method that may be useful for screening for breast cancer, she concluded.