An alleged joint secret scheme to turn the US presidency into a family business - is back in the headlines, with repercussions as yet unknown for the future of Hillary's bid to become the first woman to win the White House. 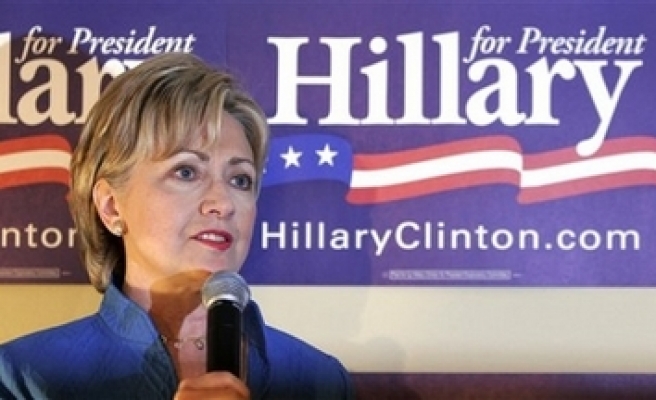 It had to happen, and it has. Once again the great drama of the Clinton marriage - from his philandering and "bimbo eruptions" and her contemplation of divorce, to an alleged joint secret scheme to turn the US presidency into a family business - is back in the headlines, with repercussions as yet unknown for the future of Hillary's bid to become the first woman to win the White House.

The culprits are two books about the New York senator and front runner for the Democrats' 2008 nomination. Weighing in at more than 1,000 pages between them, they are due to hit US bookstores in early June, with every prospect of becoming instant summer best-sellers.

The Hillary Clinton that emerges is essentially the person visible right now on the campaign trail. She is an impressive but rather unlovable figure. She comes across as clever, calculating and ambitious, well organised and ferociously disciplined - the very qualities that make her one of the most polarising politicians in the country.

Predictably, the claims and allegations in the books were dismissed yesterday as either "preposterous" or "old news" by her aides, and in a sense they are.

Most have surfaced in one or other of the dozens of books already published on Bill and Hillary. But this time the authors cannot be dismissed as agents of the "vast right-wing conspiracy" that Mrs Clinton famously said was working to ruin her husband's presidency.

Carl Bernstein, who spent six years working on A Woman in Charge: The Life of Hillary Rodham Clinton, is one half of the legendary Washington Post duo who exposed the Watergate scandal.

Don Van Natta and Jeff Gerth, authors of Her Way: The Hopes and Ambitions of Hillary Rodham Clinton, are two New York Times reporters who have long written about the Clintons.

Mr Gerth indeed is a special demon of theirs, as the journalist who first brought the Whitewater affair to national attention, back at the start of Bill Clinton's presidency in 1993.

That "scandal", surrounding a small land deal on which the Clintons actually lost money when he was governor of Arkansas in the early 1980s, was vastly overblown. But it triggered the investigation that led to the very real scandal of Monica Lewinsky, for which Bill Clinton was impeached.

Perhaps the most striking claim in the Bernstein book is that decades ago the couple drew up a strategy whereby he would run for the White House and spend eight years in office - and after that she would do the same.

The books also dwell on Bill's notorious infidelities that at one point threatened to overwhelm his 1992 campaign.

His wife is said to have vowed to "destroy" Gennifer Flowers, the cabaret singer who in January that year went public with her affair with him.

But the most damaging claim may be far more recent. In Her Way, Mr Gerth and Mr Van Natta suggest that before her senate vote in October 2002 authorising the Iraq war, Mrs Clinton did not bother to read the complete National Intelligence Estimate - representing the collective wisdom of the US intelligence community - on the weapons threat posed by Saddam Hussein.

This issue could now come now back to haunt her, as she faces pressure from anti-war liberals in the forthcoming Democrat primaries.

Mrs Clinton said that "if she had known then what she knows now, she would have voted differently in 2002". However, it could now be argued that she could have known then had she read the relevant documents.

The books are the second disruption within days of a campaign run with military precision. Earlier last week, a leaked internal memo suggested Hillary skip next January's Iowa caucuses, the traditional kick-off to the primary season. It argued that she might lose in Iowa and that there were better places to spend her time and money.