Israeli newspaper reported the evidence against Olmert is serious and substantive, based on sources close to the investigation. 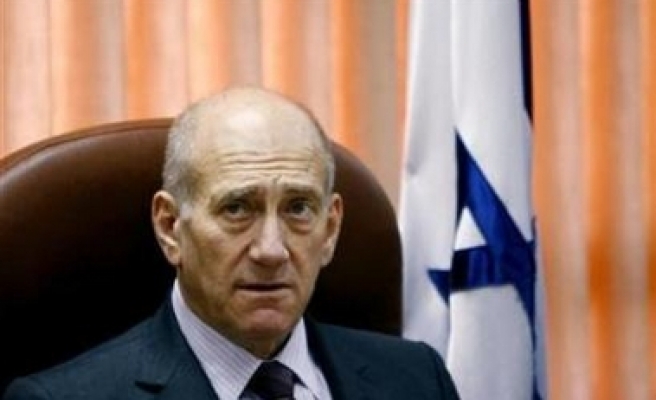 Israeli newspaper reported the evidence against Olmert is serious and substantive, based on sources close to the investigation.

"The initial evidence collected has been sufficiently sound, and there is a real basis for the suspicions against Olmert," a police source told Haarezt.

Police said Saturday that they view this as the most serious case against the prime minister with the strongest evidence.

Police sources told the newspaper that one of the reasons for the rushed request to question Olmert stemmed from concerns that the investigation would be disrupted once critical information was revealed.

The same sources explained that the immediate interview stemmed from Olmert's status and the fact that the police could not impose restrictions, such as house arrest, preventing use of the telephone and meetings with persons with whom he could coordinate his version of events, according to the report.

After the interview with the prime minister, members of the police investigation squad and officials from the Justice Ministry met with State Prosecutor Moshe Lador, and later, in a broader forum, with Attorney General Menachem Mazuz.

The two senior officials were briefed on the interview, and decisions were made on how to proceed with the investigation.

Attorney Yehoshua Resnick, a former deputy state prosecutor, said Saturday that there is nothing wrong with urgent interviews, but acknowledged that he does not recall any instances in which a public figure was called in for questioning with the urgency that Olmert has been.

"In the past there have been quick interviews that were authorized by the State Prosecutor's Office," Resnick said. "For example, raids on a ministry where it was suspected material essential to an investigation was being destroyed. Such an urgent investigation is normally required to prevent coordination of testimonies with other suspects or the need to receive initial testimony from a suspect."

However, Resnick was highly critical of the decision to impose a gag order on the details of the case. At least, he said, it is necessary to reveal to the public at least the generalities of the investigation, so people will know what is going on.

"When it is an elected official, the public needs to know what suspicions are directed at him, especially when that person is the prime minister," Resnick said.
Last Mod: 04 Mayıs 2008, 16:15
Add Comment