New Islamist head: Aid workers to be protected in Somalia

Somalia's new opposition head Aweys called upon the world to help his Eritrea-based opposition group kick out Ethiopian troops which what they say are occupiers, have came to attack Islamist insurgents in Somalia. 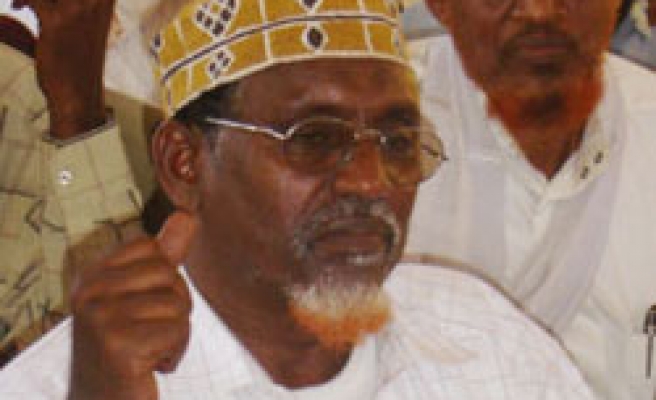 Somalia's new opposition head, Islamist cleric Sheikh Hassan Dahir Aweys, has vowed to protect aid workers in the Horn of Africa nation where insecurity has prevented many groups from working.

The United Nations warns that the killing and kidnapping of aid workers in Somalia threatens to wreck attempts to resolve a humanitarian disaster labelled one of the world's worst.

Aweys called upon the world to help his Eritrea-based opposition group kick out Ethiopian troops which what they say are occupiers, have came to attack Islamist insurgents in Somalia.

"We are very grateful to the aid workers who are helping the starving Somali community and we strongly condemn those who kill or abduct them," Aweys told Reuters by telephone.

"We shall do what we can to safeguard aid workers especially in the areas under our control. We shall help, escort and defend them. They are killed by the enemies who put the blame on us," the former prison service colonel said late on Wednesday.

A wave of recent assassinations of senior Somali humanitarian workers has shocked aid groups and forced many to reconsider operations in the lawless nation, which has been without an effective central government since 1991.

Aweys took over leadership of the Alliance for the Re-Liberation of Somalia (ARS), an umbrella group based in Eritrea's capital, on Tuesday from the previous head Sheikh Sharif Ahmed.

Ahmed along with 36 other ARS members were expelled from the group for signing a deal in Djibouti last month with Somalia's interim government that set a timetable for Ethiopia's withdrawal and the deployment of U.N. peacekeepers.

Many insurgents and members of the ARS have rejected the deal.

The U.N. envoy to Somalia, Ahmedou Ould-Abdallah, told the U.N. Security Council on Tuesday that they needed to move quickly to implement the Djibouti deal.

"The agreement will not bring peace overnight: no agreement has ever done so ... In all peace processes some individuals or groups always set out by rejecting agreements," he said.

"An effective implementation of the agreement should be an incentive to bring more Somalis on board."

The U.N. resident and humanitarian coordinator also said on Tuesday that donors had only funded a third of the $637 million aid appeal for Somalia. Earlier this year, the United Nations estimated 2.6 million Somalis were in need of emergency aid.

Thousands of civilians have been killed and more than 1 million forced from their homes since Ethiopian and pro-west Somali government troops ousted Aweys' Islamic Courts movement from Mogadishu in early 2007.