Overeating disrupts entire networks of genes in the body, causing not only obesity, but diabetes and heart disease, in ways that may be possible to predict, researchers reported on Sunday. 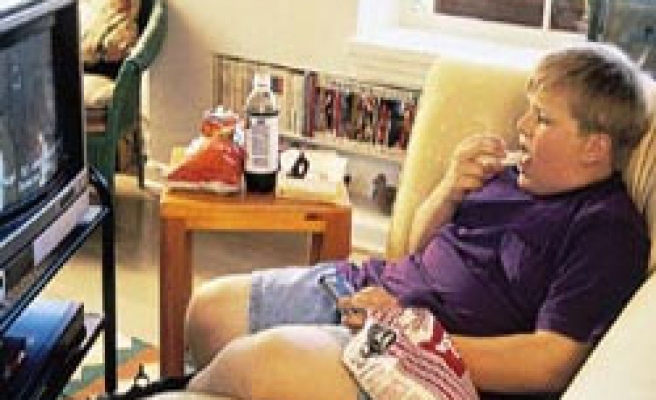 The researchers developed a new method of analyzing DNA and used it to discover that obesity is not only complex -- something already known -- but complex in ways that had not been previously understood.

"Obesity is not a disease that is the result of a single change to a single gene. It changes entire networks," said Eric Schadt, executive director of Genetics at Merck Research Laboratories.

His team identified networks of hundreds of genes that appear to be thrown out of kilter when mice are fed a high-fat diet.

"This network is completely rocked by exposure to a high-fat, Western-type diet," Schadt said.

They then turned to a database of Icelandic people being studied by Decode Genetics Inc and found people have the same networks.

The joint teams did a detailed study of 1,000 blood samples and almost 700 samples of fat tissues from some of the Icelandic volunteers.

This showed that people who have a higher body mass index, a measurement of obesity, have characteristic patterns of gene activation in their fatty tissues not seen in DNA taken from blood.

"What it says it that the common forms of these diseases are very complex," said Schadt.

Schadt said his team hoped to study these networks and identify the genes most key to causing disease. New drugs can be designed to target their activity, he said.

Companies can also profit from making tests to detect a person's particular pattern and his or her risk of various diseases related to overeating.

"Good diet and exercise is still probably the best treatment or way to prevent the onset of obesity," Schadt said.

"If you are not going to alter your lifestyle, we can identify what network is going to be most significantly altered. Then we can bring that network more into a state to where it looks like when you are on a normal diet."

Schadt's team, writing in two studies published in the journal Nature, said the diseases of obesity appear to originate in the immune system.

"The network is enriched for genes that are involved in macrophages," Schadt said.

"In a normal state these things are keeping you free of infection and fighting off things that want to harm your body. This network is also significantly changed when you are on a high-fat diet," he added.

Some people have networks that predispose them to diabetes when they become obese, others to high cholesterol and clogged arteries.

Some network patterns appeared to predispose some people to so-called metabolic syndrome, in which patients develop a cluster of symptoms including high blood sugar, high blood pressure and clogged arteries.

And a lucky few can become obese with no apparent direct health consequences, at least as concerns heart disease and diabetes.