New passports for pilgrims with security fears in Pakistan

Paikistan's religious affairs ministry is planning to introduce machine-readable passports with the aim curbing terrorists to pilgrims planning to attend the next next Hajj in the Holy City of Mecca in Saudi Arabia. 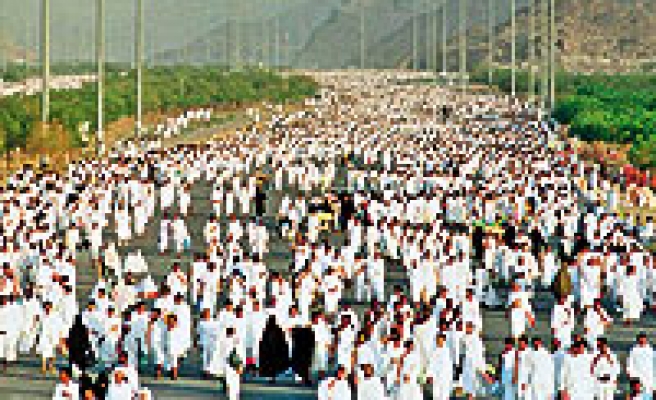 Paikistan's religious affairs ministry is planning to introduce machine-readable passports to pilgrims planning to attend the next next Hajj in the Holy City of Mecca in Saudi Arabia.

The measure is aimed at tightening security and curbing the possibility of terrorists or other criminals using fake travel documents. "Some delay in the announcement of Hajj policy is owing to some administrative matters including a proposal to introduce machine readable hajj passports," an official source told APP said on Tuesday.

He said matters related to banks and security arrangements are being finalised in an effort to prepare applications from intending pilgrims in time. "We have started to hold meetings with Pakistan International Airlines and Saudi Airlines to give the arrangements a final shape," he added.


He said summary of the provision discussed with Pakistan International Airlines have been sent to Pakistan's prime minister Shaukat Aziz for approval.

According to sources, the government has so far acquired buildings with all necessary facilities to accommodate about 50,000 Pakistani pilgrims in Mecca and Medina during the next Hajj.

"About 160,000 pilgrims are likely to perform Hajj from Pakistan this year and we have started acquiring buildings to accommodate those who will opt government accommodation", he added. He explained that the buildings are being hired to avoid any inconvenience in this regard.

This year, he said that 50 percent pilgrims will perform Hajj under the government scheme while the rest will go through private tour operators.

He said about 100 civil and military doctors and 150 paramedics will be sent from Pakistan alongwith pilgrims for medical assistance, while medicines worth million of rupees will also be supplied to the pilgrims.

After the selection of pilgrims, extensive training will be started across the country for intending pilgrims enabling them to properly perform Hajj, he added.

He said the pilgrims will be flown to their destination not only from Karachi, Lahore, Islamabad and Peshawar but also from Multan, Faisalabad and Sukkur.

Special counters will be established at Hajj terminal of Jeddah airport to facilitate Pakistani pilgrims, he added.

A hospital will also be set up in Makkah besides dispensaries in Madina.

He said a guide book will also be given to the intending pilgrims while Saudi decrees about the rituals of Hajj will be highlighted during the training sessions. Last Mod: 30 Mayıs 2007, 13:49
Add Comment