New Sept 11 would be big advantage to McCain: Adviser

The campaign of Democrat Barack Obama condemned the remark by McCain political adviser Charlie Black, calling it a "complete disgrace." 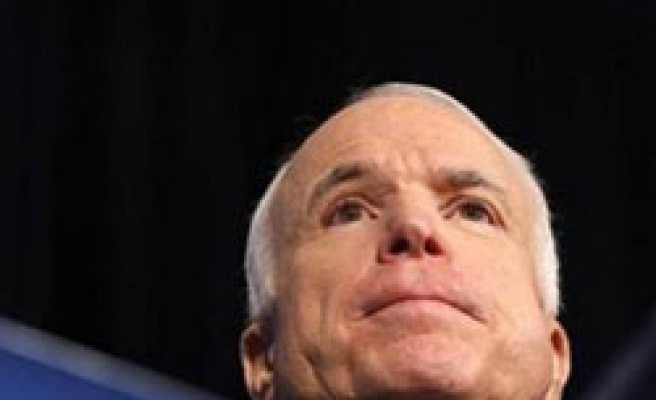 A top adviser to Republican presidential candidate John McCain apologized on Monday after he was quoted as saying a Sept. 11-type attack before the November election would benefit McCain.

The campaign of Democrat Barack Obama condemned the remark by McCain political adviser Charlie Black, calling it a "complete disgrace."

"I deeply regret the comments, they were inappropriate," Black said in a statement after McCain said that if Black had made such a comment, "I strenuously disagree" with it.

"I recognize that John McCain has devoted his entire adult life to protecting his country and placing its security before every other consideration," said Black, one of McCain's most trusted political advisers.

Fortune magazine said Black, in discussing how national security was McCain's strong suit, had said when asked about another attack on U.S. soil that "certainly it would be a big advantage to him."

Black's comment to Fortune was a distraction for McCain as he seeks to catch up to Obama in the polls, where Obama leads by about 6 percentage points.

"The fact that John McCain's top adviser says that an attack on American soil would be a 'big advantage' for their political campaign is a complete disgrace, and is exactly the kind of politics that needs to change," Obama spokesman Bill Burton said.

Massachusetts Democratic Sen. John Kerry, who lost to President George W. Bush in the 2004 election based largely on who would make the country safer, said Black's comment "wreaks of the worst of the Rove-Bush fear playbook," a reference to Bush's former political adviser, Karl Rove.

A McCain campaign official said Black did not remember making the particular comment to Fortune but did not dispute the characterization.

The official said Black was speaking in the context that any day on the campaign trail that the theme was national security, was a good day for McCain.

McCain, asked about the magazine article at a news conference, distanced himself from the comment.

"I cannot imagine why he would say it. It's not true," McCain said, adding he had worked hard since the Sept. 11 attack to prevent another such attack.