New Turk General staff: Style may differ but not essence

Critical question is whether and how Gen. Başbuğ will tackle the ongoing cracks that have occurred within the TSK in relation to an investigation over what prosecutors have called the Ergenekon terror organization. 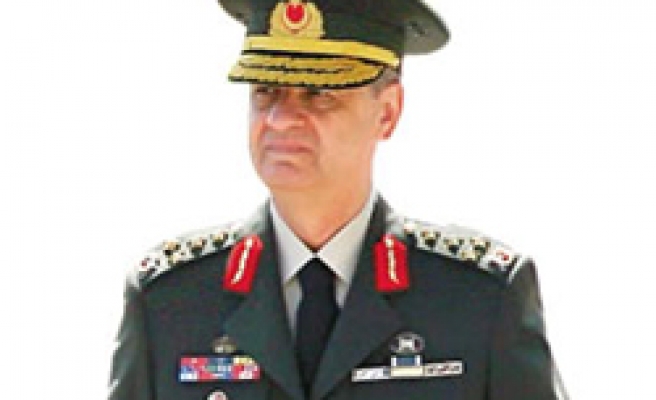 Land Forces Commander Gen. İlker Başbuğ, who is set to become the new chief of general staff, replacing Gen. Yaşar Büyükanıt, is not expected to take any steps to reduce the Turkish military's role in politics, although he may be less outspoken -- perhaps avoiding, to a certain extent, serious political tensions.

This year' meeting of the Supreme Military Council (YAŞ), which began under Prime Minister Recep Tayyip Erdoğan on Friday, ends today and, after President Abdullah Gül approves the decisions, they will become effective as of Aug. 30.

While the naval and air forces commanders are to stay in their posts for another year, Gen. Başbuğ is expected to assume the position of chief of general staff position for two years instead of four years, because of the military's retirement age.

Some other military officers, however, at the time had said that his appointment as commander of the JGK did not signal a purge but rather stemmed from his experience in the fight against terror, in which the JGK is intensely involved.

Since Gen. Koşaner is now expected to become the new land forces commander, his chance of becoming the next chief of general staff after Başbuğ in 2010 has greatly increased, if the military hierarchy is followed.

Like many senior commanders of the Turkish Armed Forces (TSK), Başbuğ served at NATO and in addition studied strategy and the art of war for a year at the British Staff College almost 30 years ago.

One Western military analyst described Gen. Başbuğ as a much more calculating and results-oriented man than Gen. Büyükanıt.

Turkish political analysts, however, believe that Gen. Başbuğ was not the officer that Prime Minister Erdoğan would have liked to work with due to his being expected to adopt a pushy policy in politics, although in a more subtle way than Gen. Büyükanıt.

But in order to avoid adding further tensions to Turkey's existing political situation, Erdoğan has allegedly opted to accept Gen. Başbuğ as the new commander of the TSK.

In theory, the prime minister and the president have the constitutional authority to decide on who will be the chief of general staff. But this right has very rarely been invoked out of fear of upsetting the hierarchy of the TSK, which has toppled four governments in the past.

Başbuğ's test with Ergenekon and the AK Party

Gen. Başbuğ is usually described as calm and less talkative and hawkish than Gen. Büyükanıt, raising some expectations that he might avoid the frequent tensions with civilian-political actors that Turkey has experienced under Gen. Büyükanıt.

But it would be naive to believe that the TSK will take any steps under Gen. Başbuğ to withdraw from politics or from its role of safeguarding Mustafa Kemal Atatürk's secular principles, which have been used by the TSK to interfere in politics, a Western military analyst argued.

However, the critical question is whether and how Gen. Başbuğ will tackle the ongoing cracks that have occurred within the TSK in relation to an investigation over what prosecutors have called the Ergenekon terror organization, which is alleged to have been highly active within the TSK.

In a strongly worded public statement on Friday the TSK denied any links with the Ergenekon terror organization. It also harshly criticized media reports that some generals linked to the Ergenekon investigation would be purged during the YAŞ meeting.

Despite such strongly worded public statements, some military sources believe Gen. Başbuğ will try to bring discipline to the TSK, although they say no immediate purges should be expected.

A Turkish court will begin the trial of 86 suspected members of the Ergenekon network on Oct. 20.

Ergenekon is an ultranationalist secularist group suspected of planning to trigger a military takeover against the ruling Justice and Development Party (AK Party). Members under arrest include a retired general and other former officers of varying ranks.

The 2,455-page indictment against the group, released on July 25, charges the suspects with forming or being members of a terrorist organization, inciting public unrest, possessing weapons and explosives and encouraging the military to overthrow the AK Party government.

"It has been understood, both from the attached documents and from telephone wiretaps, that the Ergenekon terror organization has been engaged in a secret organizational work within the Turkish Armed Forces ... [involving] the lowest to highest ranking [officers] for some time," the indictment said.

A separate indictment is planned against 20 other people, including two former senior generals arrested in early July, over their alleged links with Ergenekon.

Meanwhile, Gen. Başbuğ's relations with the AK Party, which the TSK sees as a threat to the country's secular foundations, will not be an easy one, asserted a Turkish military source.

Last Wednesday Prime Minister Erdoğan narrowly survived legal moves against the AK Party as well as himself, President Gül and a number of other current and former members of the party, to ban them from politics on the grounds that they were undermining the country's secular character and attempting to introduce Islamic rule.

But the Constitutional Court instead punished Erdoğan's party for its Islamic activities by cutting its public funding for this year in half.

Some Turkish political analysts fear that since the AK Party will be under a psychology of scrutiny by the military-led secular establishment over its alleged anti-secular activities, it might be pushed into further compromises with the establishment, narrowing its room for maneuver in, for example, encouraging an İstanbul court to pursue the Ergenekon investigation as far as possible.