The mayor of New York City, the billionaire founder of financial data and media firm Bloomberg LP, has said he is changing his political status to independent from Republican. 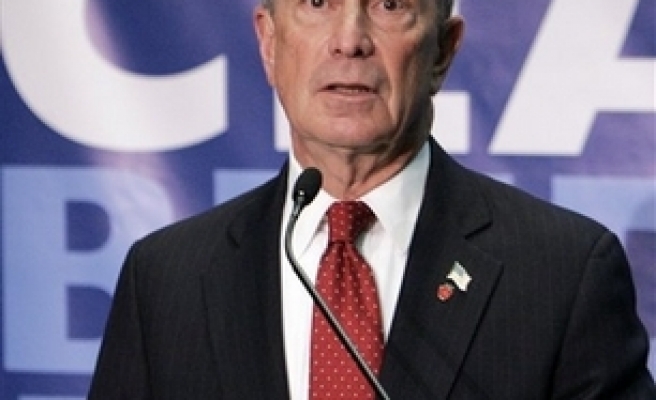 The mayor of New York City, the billionaire founder of financial data and media firm Bloomberg LP, has said he is changing his political status to independent from Republican.

Michael Bloomberg said on Tuesday: "Although my plans for the future haven't changed, I believe this brings my affiliation into alignment with how I have led and will continue to lead our city."

However, he said he has no plans to run for president.

Despite such statements, Bloomberg has failed to quell speculation about a possible 2008 presidential run.

He has crisscrossed the country, visiting 20 cities in the past 18 months, according to the New York Post.

He travelled on Monday in California, giving speeches in San Francisco and Los Angeles.

He was quoted as telling Google employees in California that the country was "really in trouble".

Bloomberg was a Democrat who became a Republican to run for mayor in 2001.

He was re-elected as a Republican in 2005 and is barred from seeking a third term in 2009.

He has governed on economic issues as a fiscal conservative but is more liberal on social issues such as gun control and gay marriage as well as the environment.

Tracey Schmitt, Republican National Committee spokeswoman, said of Michael Bloomberg's announcement: "We are sorry to hear of his decision."

NBC Nightly News quoted sources close to Bloomberg as saying he was positioning himself for a potential independent candidacy and would make a decision in early 2008, depending on whom the major parties nominate and the tone of the campaign.

"He believes the Democrats are tacking left, the Republicans are tacking right. There's a broad centre available. He's willing to spend $500 million of his own money ... but he doesn't want to run as a spoiler," NBC said.

Political experts say that while Bloomberg has the money, name recognition and experience, Republican and Democratic voters would both have to be hugely dissatisfied.

Also, he would have to wage an extensive campaign to get on the ballot in each state. Last Mod: 20 Haziran 2007, 13:38
Add Comment