Ortega said on Saturday that the U.S. government is funding the opposition groups. 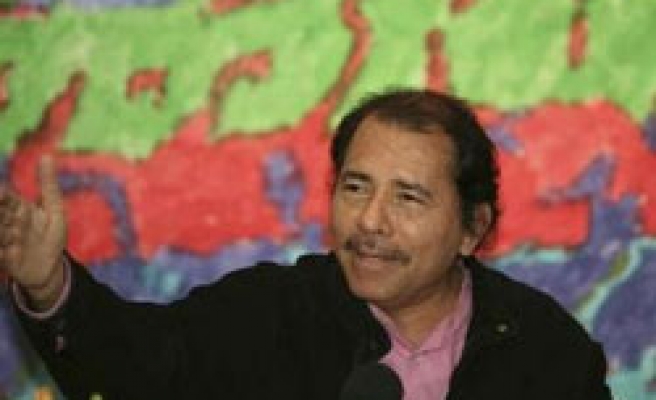 Nicaraguan President Daniel Ortega warned his political adversaries on Saturday that he would not allow them to depose him as opposition groups planned street protests against his government.

"We love peace, but we are also ready to use the steel of war if they try to bring down this" government, Ortega said in a speech.

Ortega, a leftist who fought U.S.-backed Contra rebels during his first stint as head of state in the 1980s, returned to power last year after beating conservative rivals in an election.

Thousands of people took to the streets on June 27 to protest Ortega's handling of the economy and the exclusion of two small parties from municipal elections last year, though the country's largest opposition party did not participate actively in the march.

Opposition leaders are planning another protest on Friday.

Ortega said on Saturday that the U.S. government is funding the opposition groups.

"Those that are conspiring, who are openly financed by the Yankees, better respect the institutional norms in this country. They better not provoke the people," he said.