Nigeria's political opposition is preparing for mass protests against flawed elections that gave the ruling party a landslide win. 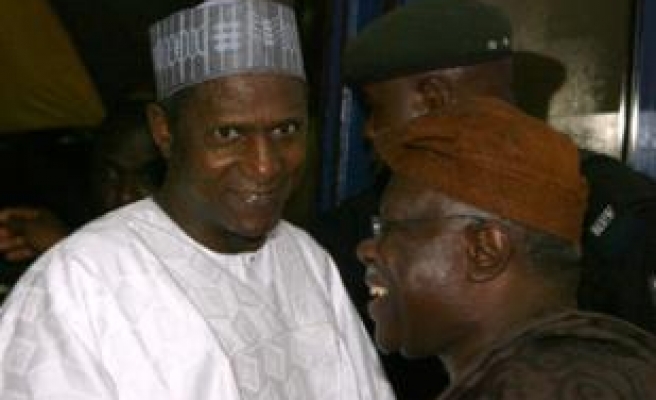 Rights groups called the vote that saw Umaru Yar'Adua of the People's Democratic party (PDP) declared president-elect a "charade", asking for the result to be cancelled and new elections to be held.

On Tuesday, Osita Okechukwu, a spokesman for presidential candidate Muhammadu Buhari, said: "We are organising mass action." Buhari was defeated by 18 million votes in the election.

Vote fraud is considered to have been widespread in the election, with even Olesegun Obesanjo, Nigeria's current president, recognising electoral malpractice.

"In another four years, there will be an opportunity for a fresh contest which I hope will take care of ballot paper and ballot box malpractices," said Obasanjo.

Okechukwu said that he was co-ordinating with unions and would spell out a timetable of rallies in the next few days.

Obasanjo must step down on May 29, marking the first civilian-to-civilian transfer of power in the country's history.

However, anything that threatens the transfer deadline could bring unrest or even a military coup.

"Anything to delay the handover of power would be unconstitutional," said Ken Nnamani, senate president and Nigeria’s third most senior state official.
"Once you have a result, as imperfect as it may be, the only body with jurisdiction to cancel an election is the electoral tribunal."

Nnamani has denied government accusations that he is behind a coup plot.

Buhari has called for Nigeria's national assembly to impeach Obasanjo, a move legislators say is impossible in the next five weeks.

Atiku Abubakar, the other main opposition loser and Nigeria's vice president, wants the national assembly to set up an interim government for three months after May 29, the date Obasanjo steps down.

As political uncertainty rose in Nigeria, oil prices climbed above $68 a barrel on fears of further instability.

Militant attacks on Western oil facilities in the Niger Delta have already curbed output by 20 per cent.

Obasanjo has instructed the electoral commission to make available evidence backing up the election results, and has appealed to those contesting the result to go to the electoral tribunal.

But Buhari has said he is reluctant to go back to the courts, having spent two years contesting Obasanjo's 2003 victory.