Nigeria's main opposition parties have called for Saturday's presidential election to be postponed. 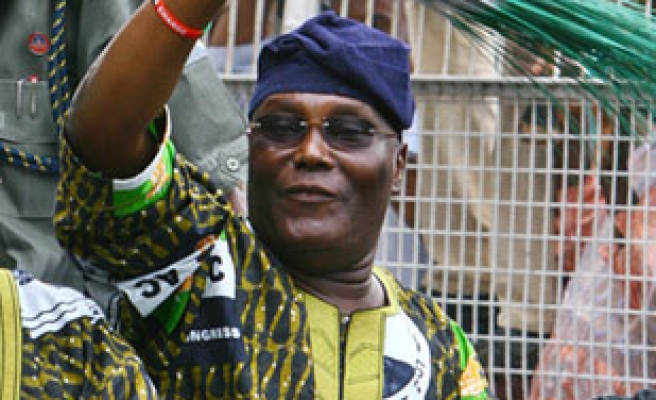 Nigerian opposition parties have threatened to boycott Saturday's presidential election unless the government could guarantee "fairness".

Tuesday's announcement came after more than 20 people were killed last weekend in regional elections which EU and US observers in Nigeria said were also marred by numerous voting irregularities.

A group of 18 opposition parties said the regional elections on April 14 should be voided, the national election commission should be disbanded and further elections should be postponed until "transparency and fairness" can be guaranteed.

If these conditions were not fulfilled, the parties "shall consider not participating in the election," the opposition said in a statement.

The statement was read at the end of a meeting in the presence Atiku Abubakar, the current vice-president, and General Muhamadu Buhari - two leading opposition candidates in the presidential election.

Earlier the election commission ruled that Abubakar could stand in the vote, reversing an earlier move to exclude him after the Supreme Court decided on Monday that the commission did not have the right to disqualify candidates.

Abubakar, excluded from the initial list of approved candidates following corruption allegations, is one of two opposition figures expected to pose a serious challenge to the ruling party's Umaru Yar'Adua in Saturday's poll.

The presidential vote, which will also determine the head of the legislative assembly, is expected to usher in Nigeria's first civilian-to civilian handover since the country gained independence from Britain in 1960.

But the regional elections, marked by the deaths of between 20 and 50 people, were slammed as fraudulent by the European Union, the United States and rights watchdogs such as Human Rights Watch and Amnesty International.

"In Nigeria, the United States takes seriously reports of voting irregularities and election-related violence during this past weekend's state and local elections," Dana Perino, US presidential spokeswoman, said.

The EU observer mission criticised the late opening of polling stations, under-age voting, failure to guarantee the secrecy of the ballot and a shortage of electoral officials.

There were "incidents of hijacking of ballot boxes by groups of thugs" as well as irregularities that led to significant discrepancies between results at polling stations and ballot collation at the local government level, they said.