Nigerian unions have called for a two-day strike to protest against last month's presidential election which saw widespread instance of vote fraud. 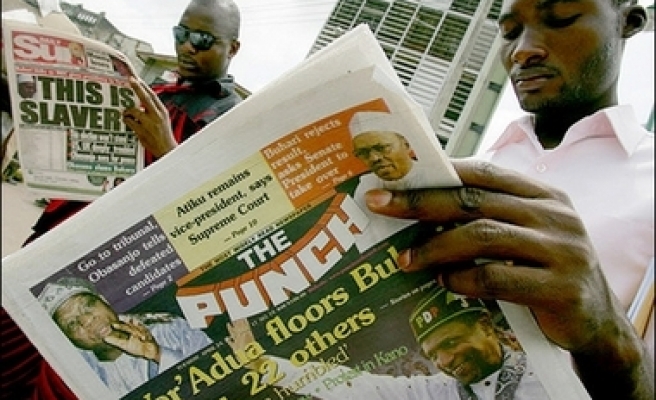 Nigerian unions have called for a two-day strike to protest against last month's presidential election which saw widespread instance of vote fraud.

John Kolawale, secretary general of the Trade Union Congress, said on Thursday that the strike will be held on May 28-29 to coincide with the inauguration of Umaru Yar'Adua as president.

He said, however, that the strike would not affect Nigerian oil production, which the country's main foreign-currency earner.

Nigeria's is the world's eight-biggest exporter of crude oil.

"Everybody is expected to stay at home because the action involves not only the unions but also many civil society organisations," Kolawale said.

He was speaking after a meeting of leaders from the TUC and another umbrella labour organisation, the Nigeria Labour Congress (NLC).

Nigeria's presidential vote in April was intended to showcase the country's transformation from a military-ruled dictatorship to a modern multi-party democracy.

Instead, after the vote, opposition parties accused the ruling party, whose candidate won, of rigging the vote, while international observers said that that result was "not credible".

Nigeria's National Labour Congress had already called for mass protests on May 1 and thousands of demonstrators gathered in the main cities, but the rallies were tightly controlled by security forces who arrested and fired tear gas at scores of activists.