The new president of Nigeria, Umaru Yar'Adua, has publicly declared his assets, in an effort to combat official corruption, his spokesman says. 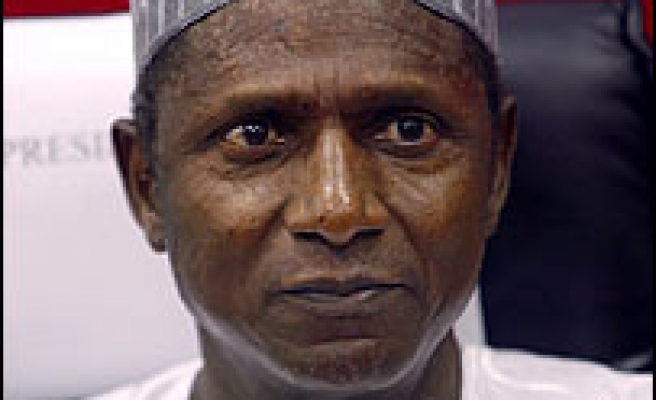 Correspondents say it is the first time in Nigeria's history that a sitting president has done this.

Public officials have to declare their assets to authorities by law, but are not compelled to make them public.

Transparency International, which monitors corruption in different countries, says Nigeria is seen as one of the most corrupt countries in the world.
Chemistry teacher

"President Yar'Adua intends to work with the leadership of the National Assembly to see what can be done to make assets declaration an effective weapon in the fight against corruption and abuse of office," AP news agency quotes presidential spokesman Olusegun Adeniyi as saying.


Mr Adeniyi says much of his wealth was inherited from his late brother Gen Shehu Yar'Adua, who was second-in-command when former President Olusegun Obasanjo was military ruler from 1976 to 1979.
He says he has some $40,000 from his salaries, savings and campaign donations.

He is a former university chemistry teacher and state governor.

Meanwhile, attempts by Mr Yar'Adua to form a government including opposition parties have received a setback.

A large faction of the Action Congress (AC), led by former Vice-President Atiku Abubakar, pulled out of talks with him on Thursday.

The AC wants the government to investigate the workings of the state-owned electricity and petroleum companies, as well as a review of how state assets were privatised.

Mr Yar'Adua is reported to have been willing to consider this, but only if the AC withdrew all its legal challenges to his election in April, something they refused to do.

International observers described the polls as "not credible".

Earlier, Mr Yar'Adua reached an agreement with the largest opposition party, the ANPP.

It is not yet clear how many ministerial posts the ANPP has been offered and party leader Muhammadu Buhari condemned the decision to join the government.

A month after taking power, the president has not yet appointed the members of his government.