N.Korea threatens to cut off dialogue with South

North Korea threatened to suspend dialogue with the South over threats made by a South Korean military official, the North's state media said at the weekend. 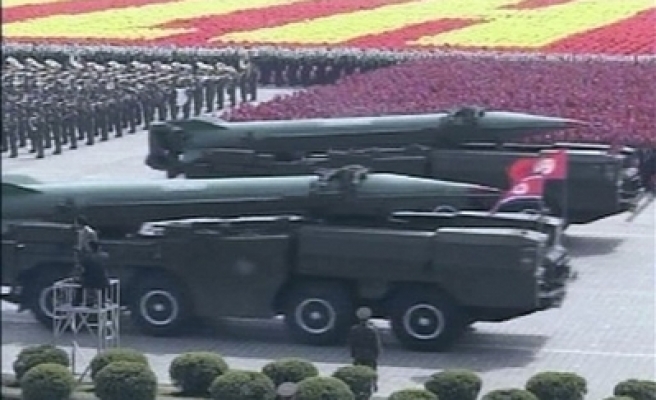 North Korea threatened to suspend dialogue with the South over threats made by a South Korean military official and said it was ready to attack its wealthy neighbour, the North's state media said at the weekend.

Over the past several days, the North has lashed out at the new conservative government in Seoul and its ally the United States by test-firing missiles, expelling South Korean officials at a joint factory park in the North and threatening to slow down a nuclear disarmament deal.

"The Korean People's Army (KPA) will counter any slightest move of the south side for 'pre-emptive attack' with more rapid and more powerful pre-emptive attack of its own mode," the North's KCNA news agency quoted one of its military officials as saying.

North Korea has made similar statements for years threatening pre-emptive attacks, but those have almost always been in response to joint South Korean-U.S. military drills.

The new chairman of the South's Joint Chiefs of Staff last week said the South would hit North Korea's nuclear weapon base to disable it if the North attacks but had no plans for a pre-emptive strike, according to the Defence Ministry.

In the dispatch released late on Saturday, the North's military official demanded an apology for those comments.

"If the south side does not retract the outbursts calling for 'pre-emptive attack' nor clarify its stand to apologise for them, the KPA will interpret this as the stand of the south side's authorities to suspend all inter-Korean dialogues and contacts."

The South's Defence Ministry said it would decide whether to respond in the next few days to a North Korean threat also made in the dispatch to cut back on inter-Korean military talks.