No chance of survivors from Kenya plane: Cameroon

A Kenya Airways plane that crashed after takeoff in Cameroon with 114 people on board is largely submerged in a swamp and there is no chance of survivors, Cameroon's civil protection service said on Monday. 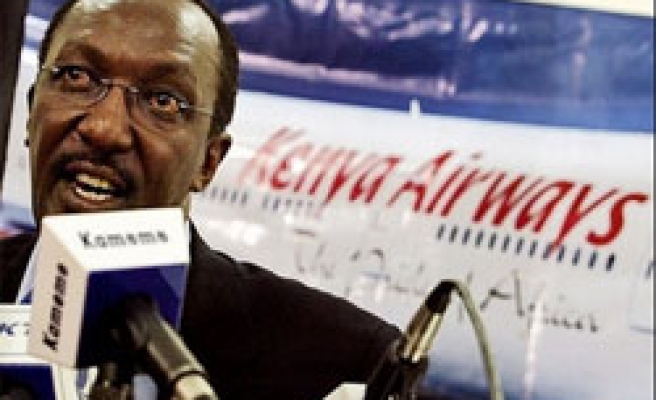 A Kenya Airways plane that crashed after takeoff in Cameroon with 114 people on board is largely submerged in a swamp and there is no chance of survivors, Cameroon's civil protection service said on Monday.

The Boeing 737-800 vanished early on Saturday shortly after leaving Douala for Nairobi in torrential rain. The aircraft was found late on Sunday not far from Douala airport after nearly two days of fruitless searches in the south of the country.

"There are no chances that there will be any survivors because almost the entire body of the plane was buried inside the swamp," Jean-Pierre Nana, director of Cameroon's civil protection department and a member of a crisis working group set up by the prime minister, told Reuters.

The passengers and crew hailed from 27 nations.

Early on Monday, rescuers battled through swamps and thick forest to reach the wreckage after parts of the aircraft were found late on Sunday in a swamp, and locals reported making grim discoveries in the thick bush.

"I saw one body and one arm," resident Guiffo Gande told reporters in Mbanga Pongo village, an area of dense mangrove swamps some 20 km (12.4 miles) east of Douala.

"We also saw some seats and a piece of plane about the size of a car door," Gande said, adding that he had not seen the plane's fuselage, engines or tail.

The crash has again thrown the spotlight on air safety in Africa, the continent with the world's worst record.

It has also dealt a severe blow to the image of Kenya Airways, one of the most successful and modern companies in the east African nation.

Rescue efforts resumed near the village at daybreak.

Search aircraft flew overhead, as troops and police carrying gas masks and plastic bags gathered at the end of a muddy road and then hacked deep into the waterlogged forest.

"The crash site is about 4-6 kms (2.5-4 miles) from the end of this road," said local gendarmerie commander Emmanuel Meka, telling journalists they were allowed no further for now.

"Last night we saw lots of mud, but it was dark. So we do not know what we will see today."

"Our task will be more difficult now, the task of recovering the corpses," he said late on Sunday.

The crash site is more than 100 km (60 miles) from where radar-equipped helicopters, ground search parties and villagers on motorbikes spent most of the weekend combing tropical forest.

He gave no details as to why the plane crashed.

The six-month-old aircraft was carrying 105 passengers and nine crew, most of them African, with others from China, India, Europe and elsewhere. It had originated in Ivory Coast. Last Mod: 07 Mayıs 2007, 14:37
Add Comment