Turkey's Ministry of Foreign Affairs said Turkey calls on all sections in Kirkuk and Iraq to have compromise and dialogue. 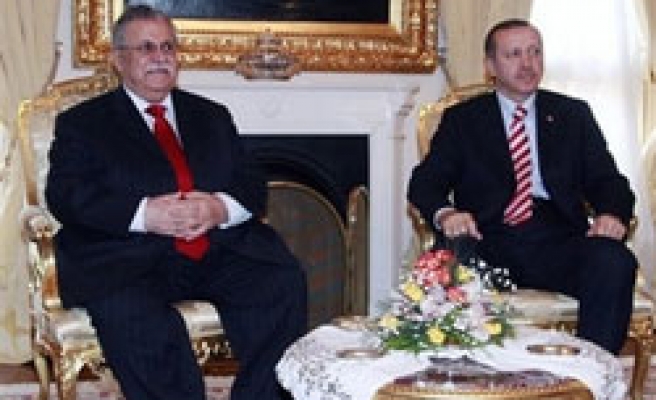 Turkey's Ministry of Foreign Affairs said on Thursday that there has been no change in Turkey's policy on the northern Iraqi city of Kirkuk.

A statement by the Foreign Ministry said Turkey has been monitoring the atmosphere of tension in Kirkuk with a great concern.

Turkey always supported the solutions based on political consensus which would make all sections in Iraq to live together in a harmonious way, the statement said.

Turkey considered that Kirkuk should be governed by a special status in which all groups in the city would be represented in a fair and balanced way and there has been no change in the policy of Turkey, it stated.

Turkey calls on all sections in Kirkuk and Iraq to have compromise and dialogue, the statement said.

Iraqi President Jalal Talabani called Turkish PM Erdogan and congratulated him over the court decision not to ban his ruling Justice & Development (AK) Party, Erdogan's press office said in a statement on Thursday.

Talabani also offered his condolences over the double bombing that killed 17 and wounded scores in Istanbul last weekend, the statement said.

Erdogan expressed condolences, too, over the suicide bombing which killed at least 23 early this week in Kirkuk.

Erdogan said Turkish government supports Kurdish, Turkmen, Arab, Sunni and Shiite groups to live together in peace in Kirkuk and condemned recent attack that targeted Kurdish protestors. He said Turkey was against all kinds of violence and offered Iraqi government help to bring injured Iraqis to Turkey for medical treatment.

The two leaders also discussed recent developments regarding the status of Kirkuk. Talabani thanked Erdogan for his offer and efforts for a solution.