No expulsion for the first time as Turkey picks army boss

Basbug, a hawkish general, is expected to avoid open confrontation with the governing AK Party. 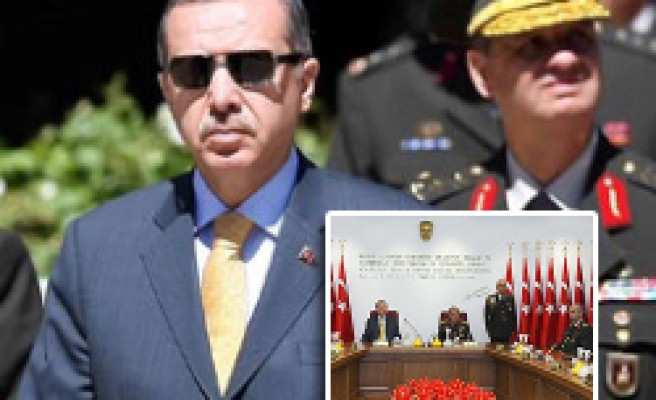 Land forces commander Ilker Basbug has been appointed head of Turkey's powerful armed forces as for the first time there have not been any expulsions in the army.

In the previous meetings, the army expelled some officers accused of being "reactionary" movements or indiscipline, which they can not appeal againts decisions in any court.

Basbug, a hawkish general, is expected to avoid open confrontation with the governing AK Party.

The General Staff said in a statement on Monday Basbug would take charge of NATO's second biggest army on August 30 from retiring general Yasar Buyukanit, who has often clashed openly with the government.

The move comes as Turkey hopes to put behind it a long power struggle between the powerful secularist establishment, including generals and judges, and the AK Party.

"Unlike the often impulsive incumbent... Buyukanit, Basbug is known for his cool and calculating nature," said Wolfango Piccoli, an analyst at political risk think-tank Eurasia Group.

"The result will be less likelihood of abrupt escalations in civil-military tension, but at the same time more effective political pressure from the military," he said.

Turkey's highest court on Wednesday rejected an attempt by a chief prosecutor -- seen as backed by the secularists -- to shut down the AK Party but imposed financial penalties on it for anti-secular activities.

Basbug's appointment was announced along with a flurry of other promotions and retirements after the annual meeting of Turkey's Higher Military Council, chaired by Prime Minister Tayyip Erdogan. Board decisions will be sent to President Abdullah Gul for approval.

Analysts say Basbug arrives at a difficult time for the military. A widening police investigation into a shadowy, ultra-nationalist organisation, called Ergenekon, has forced the military onto the defensive for the first time in years.

The army, known for having an almost untouchable status in Turkey, denies any connections to Ergenekon, accused of seeking to overthrow the government, and has repeatedly criticised the Turkish media for a series of negative articles against them.

Tensions were exacerbated in July by the arrests of two senior retired generals and others -- all critical of the ruling party -- on suspicion of trying to overthrow the government.

The military has removed four governments in 50 years, most recently in 1997 when it mounted a public campaign that forced the ruling Islamist Welfare Party to quit. On that occasion, unlike now, the ruling party was unpopular.


Supreme Military Board has announced the new chain of command which will be in effect as of August 30th, 2008.

The new chain of command of Turkish Armed Forces is as follows;