US presidential candiate and special guest Barack Obama was confused with Osama bin Laden by one of his hosts as he took questions at the Associated Press' Annual Luncheon. 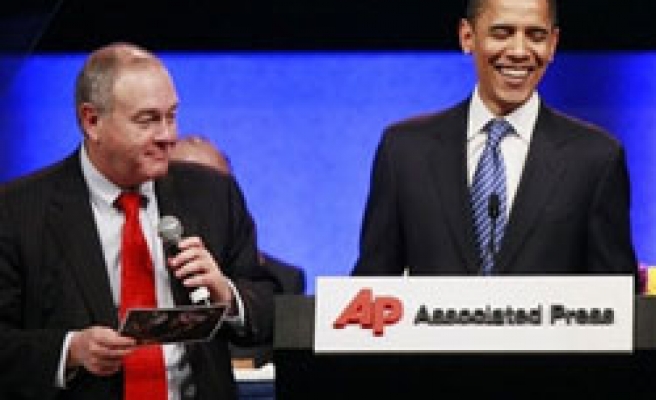 It happened Monday at The Associated Press's Annual Luncheon, where the Democratic presidential candidate spoke and took questions.

Dean Singleton, chairman of the AP's board of directors and head of Denver-based MediaNews Group, slipped when asking the senator if he could envision sending many more U.S. troops to Afghanistan, where "Obama bin Laden is still at large.''

Obama gave a quizzical look and said, "I think that was Osama bin Laden.'' Singleton quickly replied, "If I did that, I'm so sorry.''

"No, no, no,'' the senator said. He called it "part of the exercise that I've been going through over the last 15 months, which is why it's pretty impressive I'm still standing here.''

The crowd laughed and gave him a sympathetic round of applause.