No major deal in Seoul on G8 climate draft - sources

The United States has said it will accept binding emission curbs, but only if major developing emitters such as China and India also agree, something they have so far refused to do. 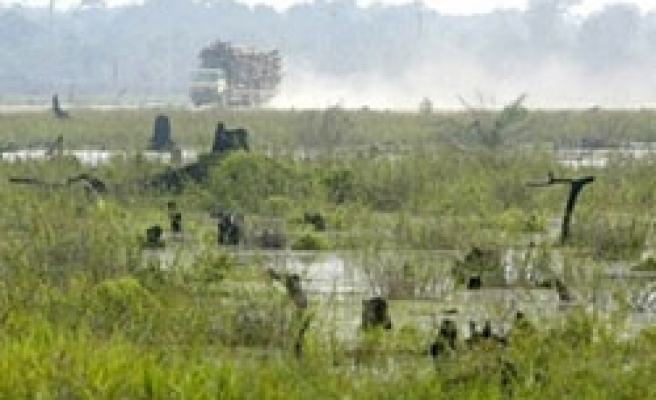 Leading economies reached a draft accord on greenhouse gas emissions that will be presented at the G8 summit next month, South Korea said on Monday, but sources at the talks said there were no breakthroughs in the pact.

Members of the Group of Eight leading powers, eight other major countries and the European Union met in Seoul at the weekend seeking long-term pledges on cutting greenhouse gases.

A diplomatic source in the talks who asked not to be named said: "The G8 statement will be weak."

South Korea's Foreign Ministry would not release details of the tentative deal but said in a statement it included "setting mid-term and long-term goals to reduce greenhouse gas emissions, technology transfer and financing".

The G8 leaders, who meet next month in Hokkaido, Japan, hope to formalise am agreement struck last year to halve global carbon emissions by 2050. To do that, emissions would need to peak within 10-15 years and then fall at an increasing rate, but both ideas are rejected by the United States.

One source familiar with the talks in Seoul, known as the Major Economies Meeting, said small steps were taken while another said the United States and Japan appeared unwilling to take larger ones.

The United States has said it will accept binding emission curbs, but only if major developing emitters such as China and India also agree, something they have so far refused to do.

MEM is an initiative from U.S. President George W. Bush to tackle rising emissions from burning fossil fuels that scientists say are warming the planet, causing seas to rise, glaciers to melt and triggering greater extremes of weather.