No missile in Syria-bound container

Authorities said yesterday that a cargo train derailed in a bombing attack by the outlawed Kurdistan Workers’ Party (PKK) was not carrying missiles as reported in the media. 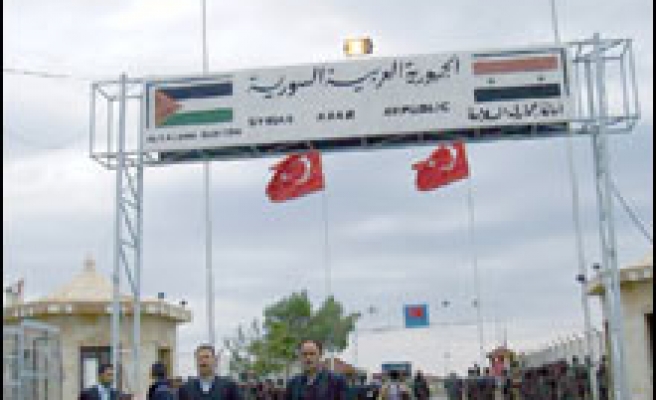 Authorities said yesterday that a cargo train derailed in a bombing attack by the outlawed Kurdistan Workers’ Party (PKK) was not carrying missiles as reported in the media.

“Relax, there is no missile,” state prosecutor in Genç district of the eastern province of Bingöl İsmail Sarı was quoted as saying by Anatolia news agency after conclusion of an investigation in the derailed containers. Earlier in the day, Anatolia reported that two of the ten containers derailed in the mine attack were found out to have loaded with cotton.
Reports earlier in the day said the cargo included machine guns and pistols. According to reports, the train’s cargo included a rocket launch pad and 300 rockets as well as other weapons and ammunition.

In a statement released yesterday afternoon, Iranian Embassy in Ankara denied the reports, saying such allegations were fabricated to create problems in relations between Turkey and Iran.

“Such unfounded claims are made by circles which usually act outside state control and which want to create regional problems,” the statement said, noting that the reports came at a time when cooperation between the two neighbors was developing at both bilateral and regional platforms. The statement also said Iran had no military contact with the United States for the past three decades, making it impossible for Tehran to buy and export to third countries US-made weapons.

The incident came amid separate reports that Turkish authorities forced a Syrian plane on Tuesday evening flying from Iran to land in the southeastern city of Diyarbakır and searched it for weapons. No arms were found.

Foreign Ministry spokesman Levent Bilman played down the incident in Diyarbakır, saying that such incidents have taken place in Turkey in the past and that “it was a right for every sovereign country,” to conduct such searches, saying the one in Diyarbakır should not be called a “forced landing,” since it was a procedure in line with established rules of aviation.

In the summer of 2006 Turkey had forced two Syria-bound Iranian planes to land at an airport in the Southeast of the country to search for rockets and other military equipment. Turkey, the only Muslim member of NATO, borders both Iran and Syria.